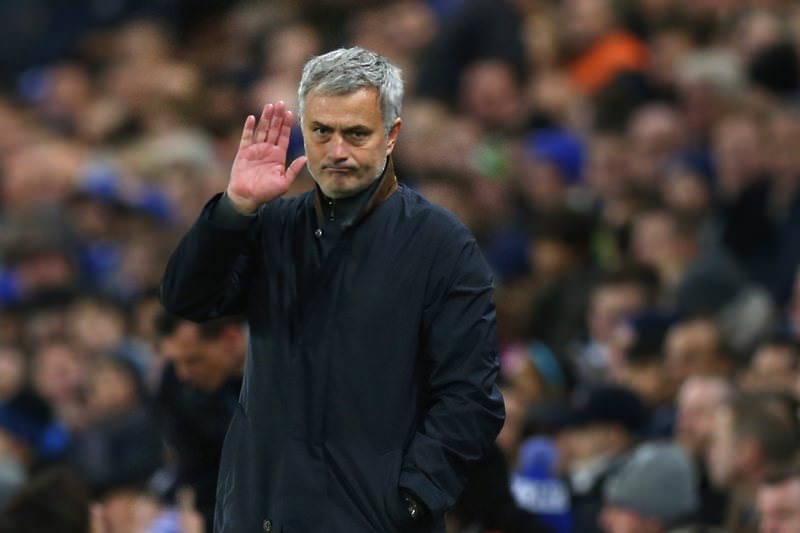 by Arda Alan Işık Dec 19, 2015 12:00 am
"This is the story of Mourinho's career: A succession of brief and sometimes wild flings without ever settling into a long-term relationship. Yes, the sex can be amazing at first - but the split is not always amicable. It is the one challenge that has always been beyond him and, at this stage, the overwhelming conclusion is that will probably always be the case," said Daniel Taylor from The Guardian, claiming Jose Mourinho violated the dressing room code by accusing his players of betrayal after the bitter 2-1 defeat against Leicester City, which spelled the end of the second Mourinho era at Chelsea.

A lot of people believe that the unrest in the dressing room was the result of Jose Mourinho's ego and paved the way for a place just above the relegation zone for Chelsea. I believe such claims justify the structural problems of Mourinho's strategy. Of course, such a man as Jose Mourinho can always destroy the healthy club atmosphere by his very existence - just look at his statements after the Leicester game. Nevertheless, what made Mourinho a successful coach was not his overloaded self-esteem or his divine specialness, and thus his downfall is not directly related to his arrogant personality or unethical behavior.

I know, he might be "an irredeemable prick" sometimes, as another Guardian writer, Marina Hyde called him, but it was the same Mourinho who won dozens of titles in recent years. The point is, Mourinho's strategy is not self-sufficient, it's reactionary and is bound to the opponent's decisions. In the way liquids follow the path that was already created, he was never truly in charge of his strategies and tactics. Rather than that, Mourinho is a religious analyzer, who examines even the most trivial details of his opponent and utilizes them. But the problematic part starts when his team is supposed to play and the other team is supposed to take shape according to Mourinho's game.

The thin red line between the Special One and the sacked one is exactly here, the position of Mourinho's strategy in our collective memory. He will never be remembered as a foundational coach, or a reformist figure in football who invested in youth and made long-term plans and investments. No, he worshipped the simplest form of counter-attacking, mastered it with hard work and dedication and seized the opportunity. No one can underestimate his success and methods , but also no one will ever remember him as a figure who shaped modern football, like Arsene Wenger, Marcelo Bielsa and Josep Guardiola.

Now, he must acknowledge the fact that modern football is mathematically and physically, in epistemic terms, both a priori and a posteriori, superior to traditional counter-attacking. Football is played with a ball, in a limited space and time, therefore, possessing the ball and utilizing it in the right space and time is everything. Otherwise, by giving the ball to the opponent and letting them play their own game directly makes you a passenger in a game played by your opponent.

Long story short, I am 100 percent sure that Mourinho will be back, and he will probably be the same Mourinho. Nevertheless, as long as he refuses to adapt himself to the new rules of the game, his story will always be the same.
RELATED TOPICS