Mario Gomez having a great season with Beşiktaş 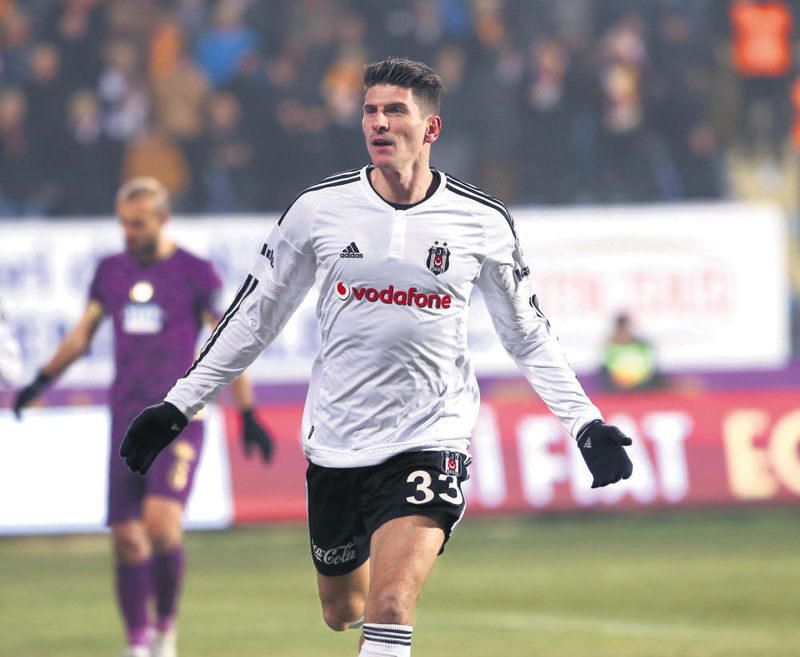 by Daily Sabah Dec 25, 2015 12:00 am
Beşiktaş's German striker Mario Gomez is having one of the greatest seasons of his career with Beşiktaş. Gomez, who is called "Super Mario" by fans, managed to score 14 goals in just five months with Beşiktaş. It took two years to score 14 goals while he was playing at Fiorentina. Gomez played an important role for Beşiktaş to be in top position as of the 16th week of the Super League. His goals significantly contributed to game scores, which has also revived his career since the 30-year old striker could not fulfill the expectations with Fiorentina in the last two seasons. Gomez could not save himself from injuries while he was playing with Fiorentina, but played 15 matches and scored five goals in his first season at Fiorentina.

In his second season, he played 28 matches and scored 10 goals. However, he broke his bad luck after he signed for Beşiktaş. He scored 14 goals in just five months - 12 of them in the Super League and two of them in the UEFA Europa League. Gomez put in his best performance while he was playing for Bayern Munich with 41 goals in 52 matches. After his success with Beşiktaş, Gomez was named on the Germany squad for friendlies against France and the Netherlands in November, returning for the first time in more than a year after rediscovering his scoring touch following a move to Turkey. Gomez, who has won 60 caps and scored 25 goals for Germany, was a regular until an injury in the 2013-14 season when playing for Italy's Fiorentina caused him to miss their victorious 2014 World Cup campaign in Brazil. "He has earned his chance to show his qualities and show that he is an option for us up front," Germany coach Joachim Loew said.
RELATED TOPICS