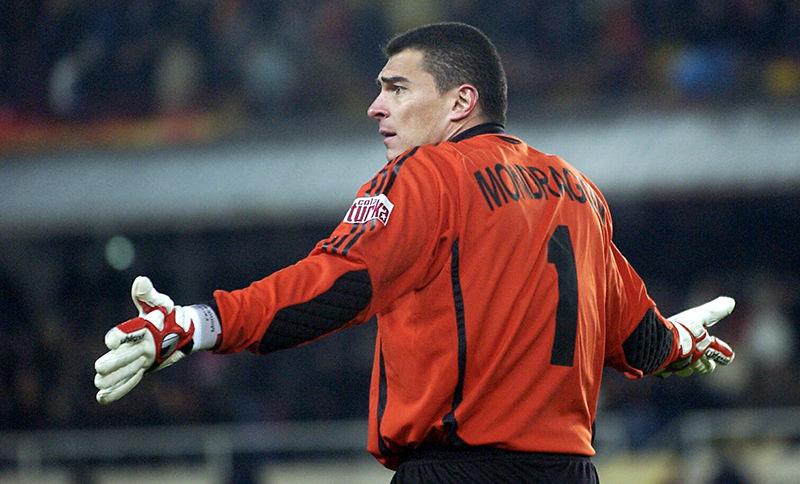 | Sabah Photo
by Compiled from Wire Services Jan 13, 2016 12:00 am
Former Galatasaray and Colombia goalkeeper Faryd Mondragon has been hospitalized amid local media reports of depression and attempting suicide. According to a clinic in the Colombian city of Cali, 44-year-old Mondragon was admitted late on Wednesday for a "metabolic imbalance" and is being kept under observation.

Meanwhile, the Colombian media claim that the former international player was suffering from depression linked to domestic problems and had attempted an overdose of medication.

A statement on Mondragon's Instagram read: "There is only me who can judge my life and I'm tired of being judged by others without the possibility of defending myself."

The statement was later deleted.

Mondragon played for 12 clubs in his career including Istanbul club Galatasaray. He played for the Turkish side from 2001 to 2007.

Mondragon ended his professional career after the 2014 World Cup.

In 2015, he was named Honorary Consul by President Erdoğan during an official visit to Colombia.
Last Update: Jan 13, 2016 9:54 pm
RELATED TOPICS