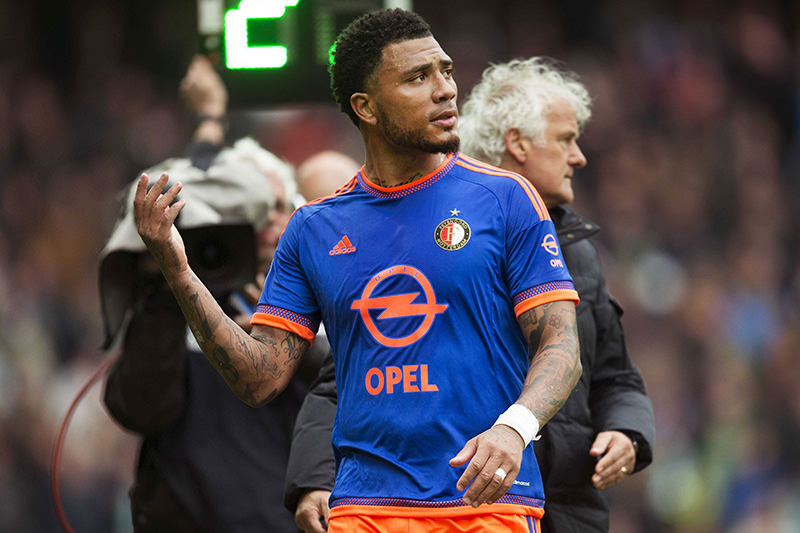 by reuters Jan 18, 2016 12:00 am
English-born Turkish international Colin Kazım-Richards has been suspended for two weeks by his Dutch club Feyenoord for threatening a journalist, the Rotterdam club said on Monday.

The 29-year-old had threatened Algemeen Dagblad reporter Mikos Gouka before a news conference at Feyenoord's stadium on Friday.

The player was subsequently left out of the squad for Sunday's home league match that Feyenoord lost to fellow frontrunners PSV Eindhoven.

Gouka had written an article questioning Kazım-Richards' attitude and claiming the club were losing patience after several disciplinary infractions.

Kazım-Richards confronted the reporter, challenging him to a fight. "I'm waiting for you outside. You are going down. I'll put you to sleep," media reports quoted him saying.

The suspension, announced on the Feyenoord website, means Kazım-Richards may not train at the club until next month.

The London-born striker has a Turkish mother and after leaving Sheffield United for Fenerbahçe in 2007 went on to win 37 caps for Turkey.

He joined Feyenoord in 2014 and last season scored 11 goals in 27 appearances. This season he has appeared infrequently after losing his place in the team.
Last Update: Jan 18, 2016 10:29 pm
RELATED TOPICS