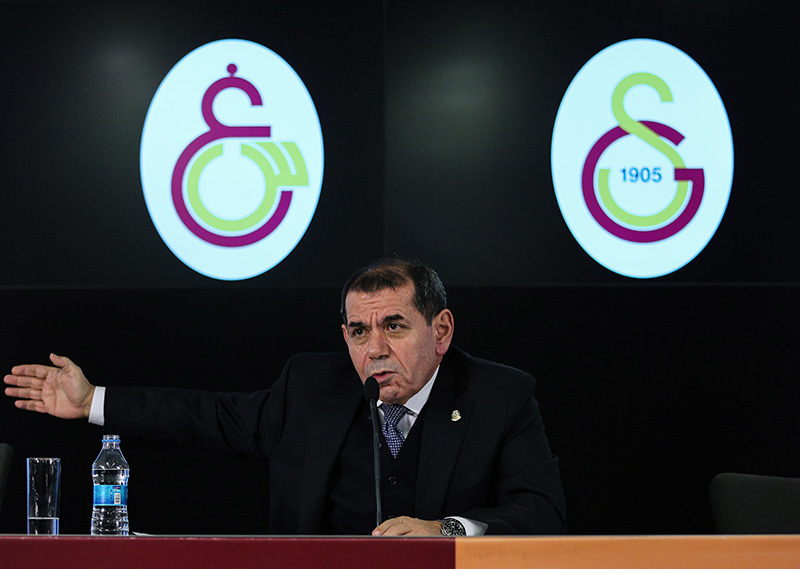 The UEFA Club Financial Control Body (CFCB) investigatory chamber has decided to refer Galatasaray's case to its adjudicatory chamber on Monday as the Turkish club failed to meet the terms of the agreements put forward in a deal reached with the top body of European football to meet its financial fair play criteria last year.

Speaking in Galatasaray's Ali Sami Yen Sports Complex, Özbek said that the club exceeded UEFA's rule of maximum 30 million euro loss in three consecutive years by reporting 55, 38 and 74 million euros of loss respectively in the 2011-12, 2012-13 and 2013-14 seasons. In the 2014-15 season the number of losses reached 100 million euros, Özbek said, which was reduced to 55 million euros in 2015 through saving measures and personnel cuts during the term of interim Chairman Duygun Yarsuvat.

Özbek held former Chairman Ünal Aysal accountable for the current financial status. He added that the current financial outlook of all 18 clubs in Turkey's top football division is not brighter than Galatasaray with a combined debt of over $1 billion according to a report by the Clubs' Union.

By February, we will prepare our plea and make the penalty acceptable, Özbek said, adding that they may receive a goodwill gesture from the UEFA if losses are down to 10 million euros by the end of 2016. He noted that they have action plans that aim to bring down losses while maintaining its success at the same time.

The CFCB adjudicatory chamber will take a decision on Galatasaray's case by the end of February.