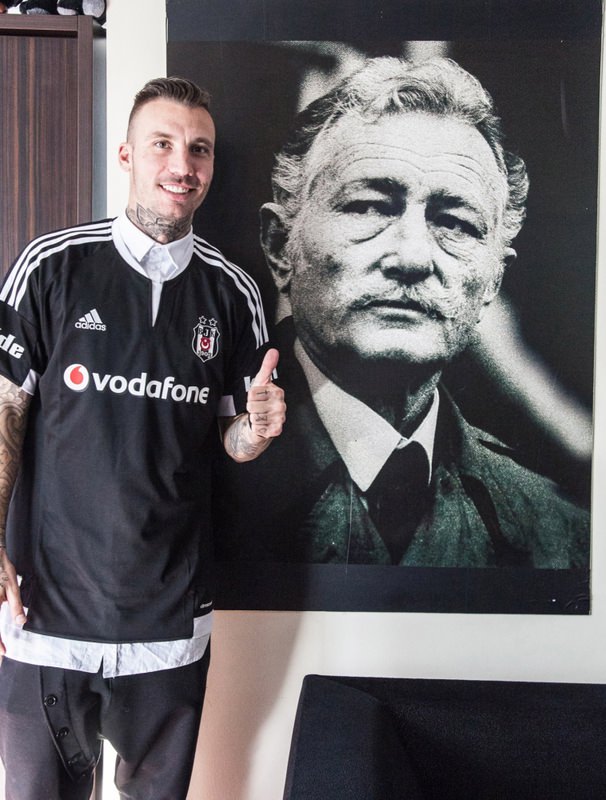 Stoke made the biggest outlay of the transfer window, spending 18.3 million pounds on defensive midfielder Giannelli Imbula shortly after Everton spent 13.5 million pounds on forward Oumar Niasse, who Galatasaray were once pursuing. The most active team among the Turkish powerhouses was Beşiktaş. They parted ways with three players and signed four players for a total of 5.6 million euros. The Beşiktaş administration refused offers made for their star footballers Gökhan Töre, Oğuzhan Özyakup and Jose Sosa, who were outstanding in the first half of the Spor Toto Super League. The Eagles put priority on signing a new goalkeeper in the transfer window due to the poor form of their starting goalkeeper Tolga Zengin. They signed Ukrainian goalie Denys Boyko, costing 3.2 million euros. The next target was a defender. As a result Aleix Delgado was signed from Getafe for 1.1 million euros. After that transfer Beşiktaş added Aras Özbiliz from Spartak Moscow for 1.3 million euros and loaned him to Rayo Vallecano. On the deadline they signed Brazilian stopper Marcelo Guedes from Hannover 96 on loan for 1.2 million euros.

Fenerbahçe, who currently rank first in the Spor Toto Super League, kept silent in the transfer window, contrary to the summer window. They preferred not to buy any players after they failed to add Seydou Doumbia to their squad. Doumbia instead moved to Newcastle United. The Yellow Canaries loaned their rebellious striker Emmanuel Emenike to West Ham United, whose coach Slaven Bilic worked in Turkey last year. Fenerbahçe refused an attractive offer for their Portuguese star Luis Nani, who a Chinese club was interested in. The Fenerbahçe president said they refused 20 million euros for Nani. Galatasaray, who are at risk of being barred from UEFA competitions after failing to meet financial fair play terms, have limited their budget. They signed a libero and a right back. Ryan Donk, who performed well in the libero role at Kasımpaşaspor, was signed for 2.5 million euros. They loaned Jem Paul Karacan and Lucas Ontivero to Bursaspor and Montreal Impact respectively. And finally Molde's stopper Martin Linnes was signed by Galatasaray for 2 million euros.

As for the Premier League, Bournemouth, Everton, Newcastle and Stoke all spent more than 10 million pounds on players in the winter transfer window, the biggest deal coming as the 2300 GMT transfer cut-off approached. Their spending sprees on largely unknown players reasserted the financial supremacy of the Premier League, a competition Pep Guardiola will be joining next season.

The announcement that Guardiola would be joining Manchester City was the most eye-catching moment of the transfer deadline day, which is usually about clubs frantically making final additions to their squads for the rest of the season rather than changes in the dugout.

According to German newspaper Bild, Guardiola will receive 25 million euros ($27.3 million) a year, starting next season. If this is confirmed, Guardiola will be the highest paid football coach in the world and will double his current salary at Bayern Munich.

Stoke broke its transfer record to land the 23-year-old Imbula from Porto who has played for the France under-21s but never the senior side.

"He has great power, good ability on the ball and a great range of passing and there's no doubt he will add to the quality that we already have at the club," Stoke manager Mark Hughes said. The 25-year-old Niasse was signed by 12th-place Everton from Lokomotiv Moscow after being voted the Russian Premier League's top player in 2015. The European heavyweights only conducted limited business on Monday. German leader Bayern signed former Germany defender Serdar Taşçı from Spartak Moscow until the end of the season after losing several players through injury, Barcelona sent right back Martin Montoya to Real Betis on loan for the rest of the season.
RELATED TOPICS