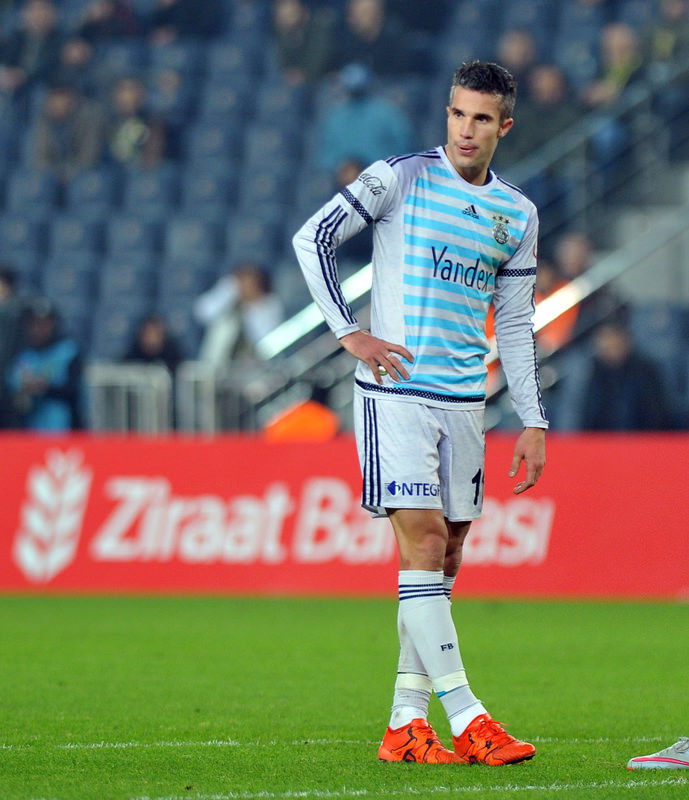 With overspending at Turkish football clubs fueling spiraling debt, Youth and Sports Minister Kılıç said they have been working on regulations, claiming a strong legal framework was needed to ensure revenues are spent correctly

Ambitions to secure a place at international football's top table have come at a high cost for Turkey's leading clubs, which are now struggling to navigate a sea of debt after years of heavy spending.

Galatasaray, one of the "big three" Istanbul teams, could face a ban from Europe's ruling body UEFA this month over its failure to meet financial fair play rules over the size of its losses, while other clubs have been warned over their debt levels.

A UEFA ban would deal a new blow to Turkish football's image, which has failed to build on successes such as Galatasaray's 2000 UEFA Cup win and the national team's semi-final appearances in the 2002 World Cup and the 2008 European Championship.

Pressure is growing for the government to step in and support and monitor clubs in a country that is fanatical about the game. Spending on celebrity players and opaque ownership structures, which leave clubs exempt from much of the oversight of commercial law, have left the 18 teams in Turkey's top league saddled with TL 4.2 billion ($1.4 billion) in debt, around half owed to banks.

"The revenues of some clubs are huge but there is a lack of fiscal discipline," said Göksel Gümüşdağ, head of the Football Clubs' Association. UEFA said last month Galatasaray had failed to comply with its rules over the permitted level of losses, opening the way for a potential ban from European competition with UEFA's Club Financial Control Body (CFCB) set to make a final ruling by the end of February.

"Our loss is around 164 million euros over the last three seasons. We have overshot the UEFA limit ... and now we are trying to do our best to avoid a ban," Galatasaray Chairman Dursun Özbek told Reuters.

"We are trying to cut the annual loss to 10 million euros and are working on a road map."

The financial fair play rules - which UEFA says aim to encourage clubs to build for long-term stability and success - include a ban on cash inflows from club chairmen, borrowing limits, and more book-keeping transparency requirements.

As of this year, they will impose a total of a 30 million euro loss ceiling for the preceding three seasons, down from a previous 45 million euro ceiling. A ban would be a heavy blow for 20-times domestic league champion Galatasaray, which appeared three years in a row among the top 20 clubs in Deloitte's Money League report of highest-earning clubs, before falling out of the list this year.It had been the only club outside the "big five" leagues of Spain, England, Germany, Italy and France to make the list, boosted by strong match-day revenues at its Türk Telekom Arena stadium, with a capacity of more than 50,000 people. According to the Deloitte reports, its revenues fell to 159.1 million euros in 2015 from 161.9 million a year earlier. Despite its high losses, the club has kept spending, with a $4.5 million deal for new coach Mustafa Denizli and two new players signed for a total of 4.5 million euros in recent months. Arch rivals Fenerbahçe, based across the Bosporus on the Asian side of Istanbul, spent heavily last summer with marquee signings: Portuguese winger Nani and Dutch striker Robin van Persie, both for multi-million euro sums. Turkish club revenues are largely derived from television broadcasting rights. Digiturk, the nation's biggest digital platform, paid $321 million in 2010 for five-year rights to the Turkish Super League. The agreement has been extended for two more years and a new tender will be held in June 2017.

A nationwide network of merchandising stores supplement the income of the big three Istanbul clubs, but branded clothes and toothpaste will not be enough to see off their woes.

Youth and Sports Minister Akif Çağatay Kılıç said the government has been working on regulation. A strong legal framework was needed "to ensure revenues are spent correctly," he told a conference last week. The government has not elaborated further on the plans.

Galatasaray reported a net loss of TL 87.5 million in the year to the end of May 2015, while Fenerbahçe lost TL 181.2 million. Beşiktaş and Trabzonspor lost TL 140.5 million and TL 104 million respectively, according to stock market filings.

Galatasaray's short-term liabilities - debt due within one year - stood at TL 527 million, Fenerbahçe's at TL 477.5 million, Beşiktaş's TL 338 million and Trabzonspor's at TL 220 million at the end of May 2015.

UEFA has already warned Fenerbahçe, Beşiktaş and Trabzonspor and asked for a reduction of their debt, concerned that they will be unable to rein in their losses.

The outsized ambitions of those at the helm is part of the problem, according to Beşiktaş Chairman Fikret Orman. "We're managing these clubs for a while but we're not owners. After a while personal egos, impulses for personal popularity, start to harm clubs," he said at a football conference last week.

Despite the financial concerns, there are some encouraging signs for Turkish football. The match-fixing cloud lifted last year when a Turkish court acquitted all defendants in a retrial. And after years without success, the fortunes of the national team have also perked up, with Turkey winning a place in Euro 2016.
RELATED TOPICS