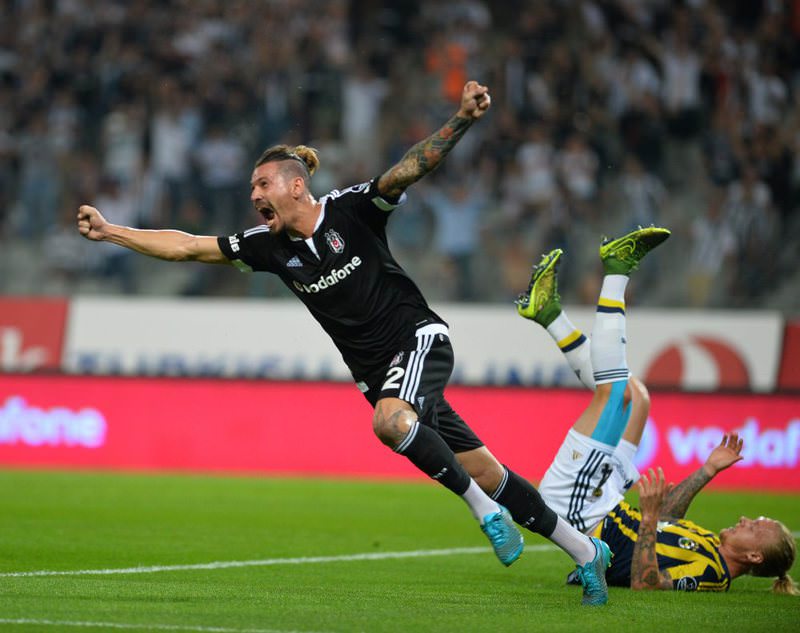 Chinese spending on football soared to unexpected heights in the just-completed transfer window. With Jiangsu Suning buying Alex Teixeira from Shakhtar Donetsk for 50 million euros, it was the third time in just 10 days that the Chinese transfer fee record was broken

The European transfer window is not so European any more, with Chinese clubs outspending even the continent's richest clubs in January to prove that the country is now a genuine power in attracting the world's best players. Chinese side Jiangsu Suning bought Brazilian midfielder Alex Teixeira from Ukraine's Shakhtar Donetsk for 50 million euros ($56 million) on Friday, the Chinese club said on its verified microblog, the latest Europe-based player to head east.

It was the second time in three days that the Chinese transfer fee record was broken, following Guangzhou Evergrande's announcement Wednesday that they had secured Atletico Madrid's unsettled Colombian striker Jackson Martinez for 42 million euros. It was also the second biggest deal of the January transfer window anywhere, while the third biggest was Jiangsu Suning's signing of Ramires from English champion Chelsea for around $31 million.

Chinese clubs also show great interest in the footballers of the Turkish Spor Toto Super League. Chinese outfit Hebei China Fortune have signed the Turkish international defender Ersan Gülüm from Beşiktaş for 7 million euros. Beşiktaş also recently offloaded Senegalese international Demba Ba to Shanghai Shenhua over the summer transfer window. According to the Turkish media, a Chinese club has offered to purchase Argentine midfielder Jose Sosa from Beşiktaş for 12 million euros. However Beşiktaş are believed to be unwilling to sell him.

Also, Fenerbahçe President Aziz Yıldırım said last week that their Brazilian star Luis Nani received a 20 million euro offer to join a Chinese club. Yıldırım said, "If we intended to sell Nani, they could have even raised the price to 25 million euros; we talked to Nani and told him not to go."

2015 runner-up Shanghai are led by former England coach Sven Goran Eriksson, who has put together a $50 million strike force in Asamoah Gyan and Elkeson and has been chasing Fenerbahçe's star Robin Van Persie.

There's mounting speculation in the European media about which star players will soon join the exodus to the east. Guangzhou president Liu Yongzhou acknowledges the pressure this puts upon the club, and coach Luiz Felipe Scolari, to keep ahead of the chasing pack.

"We have been satisfied with the squad we have but even as champion of China and Asia, we are always looking to improve," Liu told The Associated Press. "The secret to being a good team is to continually strive for excellence. The Chinese Super League is getting stronger and it is important that we are always getting stronger too.

"We also have ambitions to keep succeeding in Asia."

Evergrande's ultimate target is to win the FIFA Club World Cup and become one of the top clubs in the world. Financially, they are already getting there, but Chinese rivals such as Shanghai SIPG are desperate to wrest the domestic and even the Asian title away. Guangzhou is backed by property developer Evergrande and Alibaba, one of the world's biggest e-commerce sites, while Shanghai is backed by Shanghai International Port Group. Compared to recent years, more yuan is being spent by more and more teams, not just those at the top.

Hebei, backed by an industrial park development company, may be little known and newly promoted to the top tier but has signed African star Gervinho from Italian giant Roma for $20 million. Jiangsu had regularly been a mid-table team but since being taken over by a large retail group, has been linked with dozens of world famous stars as it tries to spend a reported transfer fund of $200 million. Shanghai Shenhua owned by a real estate company already had Tim Cahill but has signed Freddy Guarin from Inter Milan.

"When China invests it does so on an epic scale and in a way that overcomes all obstacles," said Simon Chadwick, a professor of Sports Enterprise at Salford University and a regular China commentator. "As such, there are strong reasons to believe that within 10 years, possibly even five, China will become a major player in world football."

The nation is also building at youth level to ensure the spending boom does not turn into a bust in the long term. Tom Byer, a youth development expert, is employed as a consultant to the Chinese Ministry of Education as it rolls out a soccer program in schools."I don't think there is any other program similar throughout the world that is this big," Byer said. "The government is serious about development and also realizes grassroots development is not the glamorous side of the game and is often neglected by the media. This is a marathon, not a sprint."
RELATED TOPICS