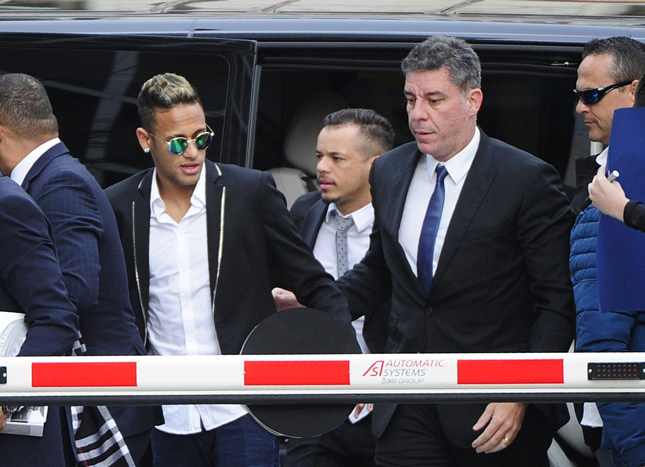 by Associated Press Feb 16, 2016 12:00 am
Brazilian authorities have blocked assets of Barcelona star Neymar, including a yacht, a jet and several properties worth almost $50 million.

Last year, Neymar, his family and related businesses were found guilty of evading 63 million reals in taxes (almost $16 million) between 2011 and 2013 when he was playing for Brazilian club Santos. He has denied any wrongdoing.

The 23-year-old Neymar used the jet to travel to Brazil for World Cup qualifying matches and holidays.

Iagaro Jung Martins, an auditor with Brazil's federal tax agency, told The Associated Press that Neymar isn't likely to go to jail if he pays what regulators say he owes.

"He can still appeal that decision, but it is a step forward," Martins told the AP. "Nothing changed to what was in place last year: if he pays what he owes, the case is closed. Our legislation isn't too harsh."

The assets seizure is the latest in a streak of bad news for the Brazilian star off the pitch.

On Feb. 2 Neymar and his father were questioned for three hours in a Madrid court about the player's transfer to Barcelona. The case was brought by Grupo Sonda, which invested in Neymar early in his career and was allegedly entitled to 40 percent of the total transfer amount.

Former and current Barcelona presidents and representatives of Santos were also questioned. The Brazilian club also claims to have been hurt by the transfers. All parties denied any wrongdoing.
Last Update: Feb 16, 2016 12:33 pm
RELATED TOPICS