Sons of anarchy or simple opportunists 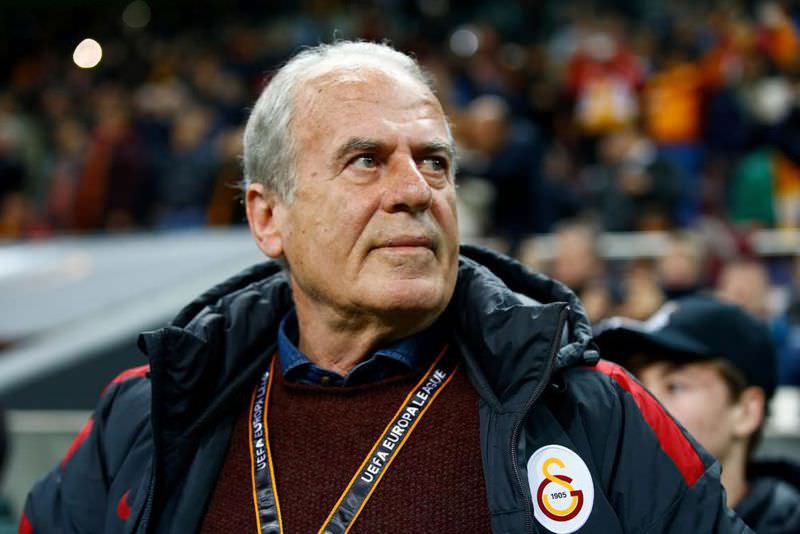 by Arda Alan Işık Feb 20, 2016 12:00 am
It seems that the great magician, the savior of troubled teams in the 25th week and one of the most iconic figures in Turkish football, Mustafa Denizli (above), has lost his magic touch. The Galatasaray coach was unable to bring any significant change to the club after he was put in charge. His predecessor, Hamza Hamzaoğlu, was fired because of his dull strategies, and Denizli seemed to be the right person to bring excitement to the club. Nevertheless, the only thing Denizli brought to the club was an even more dull, extremely traditional and predictable game.

Give the devil his due, Denizli's chaotic approach lifted a lot of Turkish teams from miserable situations, but times have changed, and there is no place for old tricks in modern football anymore. Thus, without organizing any noticeable strategy, it was obvious that Galatasaray would not be able to compete with Beşiktaş's neototal game or even Fenerbahçe's disciplined defensive style.

You may say the financial and administrative crisis that the club has been going through is an undeniable factor in this result, but Galatasaray's present game takes more than those issues to be this inefficient. Of course, given that Galatasaray traditionally relies on individual talents, no reinforcements for the squad and key striker Burak Yılmaz's deprival were devastating for Denizli's plans. Nonetheless, in fact, the real problem stems from the plan in Denizli's mind.

Seeing as Turkish football is slow paced and highly physical, Denizli's even more traditional long ball game could not surprise Galatasaray's opponents. The plan is as simple as possible, playmaker Selçuk İnan somehow gets the ball, and again, somehow delivers the assist to fast strikers that somehow throw themselves back at the opponent's defense. As you see, almost every point of Denizli's game is occasional and has no feature of sustainability or self-sufficiency. Therefore, given their relatively weak squad, it is no surprise to see Galatasaray in a miserable position.However, rather than putting all the work on İnan's shoulders, Denizli could have implemented a much more rational strategy with relatively less material. The only thing he needed was a clear and patient passing circulation model with a brave formation to support it. If he had taught his players how to control and pass the ball naturally, which is the most problematic side of both Turkish footballers and Turkish football, he would have competed for the top already because there is still - except for Beşiktaş - no team in Turkey that truly utilizes the vast time and space that ancient Turkish football tradition leaves for every team.The team's performance in the European arena is not so different, and maybe even worse. Against Lazio, Galatasaray was unable to gather around their opponent's penalty box with more than three men. The ironic part was that Lazio also suffered from the same issue, and the Italian side never utilized the space Galatasaray left them throughout the 90 minutes. Hence, the game did not produced any noticeable moments for us football beggars. With strict and terrified defenses on both sides, it was kind of predictable for us...

Muslera has not shown a constant performance this season; half of the season he was quite sufficient, and the other half he was terrible. First, he commands his area really well; he is a clear threat for crosses. But his reactions seemed to me quite slow in the Lazio game: He could have saved the goal with a more precise intervention. Nevertheless, the real problem is still the same - his awful foot skills. He not only kicks every precious ball directly to the opponent, but he is also very imprecise. As long as Denizli is in charge, this habit will unfortunately remain.
Last Update: Feb 20, 2016 2:01 am
RELATED TOPICS