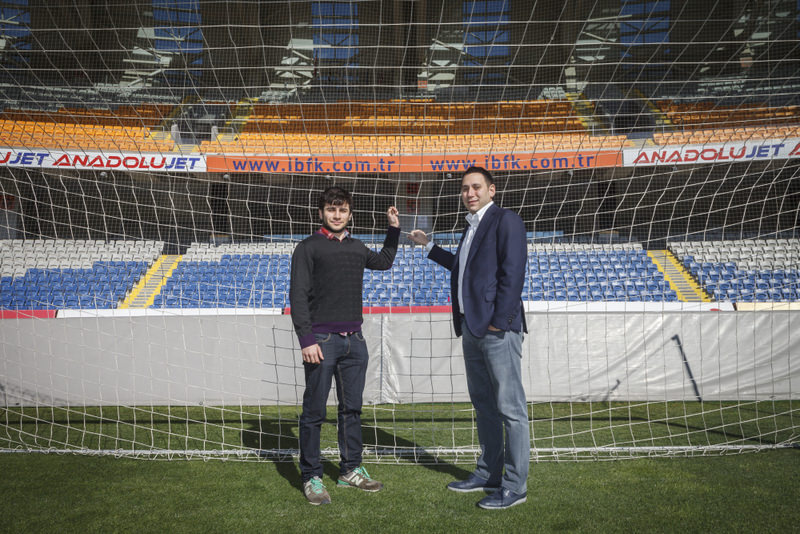 Executive director of the promising Başakşehir Football Club and member of the UEFA Youth and Amateur Football Committee Mustafa Eröğüt, analyzed and commented on the new era of global and Turkish football for Daily Sabah

Following the new TV deal in Chinese football, many thought the balance of power would shift from Europe to Southeast Asia. Nevertheless, the Premier League and other top leagues in Europe still dominate football and have no intention of leaving the arena to China quietly. Added to that, the Spor Toto Super League has been making bold moves by modernizing its economy with the "Super League A.Ş." reforms. Given this misty picture, we asked an expert on the issue.n

Arda Alan Işık: The Chinese stunned the world with their new 8.3 billion pound TV deal and sensational transfers like Alex Texeira and Jackson Martinez, which cost 30 million euros each. Do you think China is about to dominate global football?

Mustafa Eröğüt: China has implemented a state-funded development plan for football because they realized that football is significant for social structure. Yet, they did not invent anything, they already had an average of 22,000 fans per game, and they are now trying to invest in this fact by creating a new showcase for football. Beijing now promotes every investment in football and has adapted their educational system according to their reform. Added to that, Chinese President, Xi Jinping wants to host a World Cup in China, and thus we can predict a short-term boost in Chinese football.

On the other hand, the American model for the sports industry would be a better example about dominating the field. Given that the U.S. has been the pioneer in sports marketing and administration around the world for many years, the NBA, for instance, is one of the most popular leagues on earth. Of course, it is not a coincidence that the unpredictability and intense competition that have been established by regulations like the salary cap and the draft system are the basis of this success. Therefore, the NBA has never lost its charm or been dominated by one or two teams, which would lead to a dull situation.

Given this perspective, can we say the Premier League has strengthened its position in global football by narrowing the prize gap among the teams and distributing the revenue relatively fairly?

The proportion of the revenue distribution among the Premier clubs is probably the best in the world. The champions of the league receive 150 million pounds, and the last team in the relegation zone receives 99 million pound, hence unpredictability and competition skyrockets, which leads to unbelievable stories, like Leicester City.

I wonder how many people knew Jamie Vardy or Riyad Mahrez at the beginning of the season. But the Premier League does the marketing business superbly, and they managed to sell Leicester's story and put their games on Chinese prime time to maximize profits. Thus, it would be no surprise if, for instance, Swansea City competes for the top next season. Twenty of the top 25 revenue-generating clubs in Europe will be from the Premier League in the new future.

With these two perspectives at hand, what is your point of view on the Super Lig A.Ş., which is being implemented in the hope of modifying the Super League's economics and making it able to compete with the top leagues in Europe?

There was a lot of inspiration and good examples for the making of the Super Lig A.Ş., such as the Premier League or Bundesliga, and the whole process has been done according to the experience of these examples. Nonetheless, the crucial point here, as Super League counselor and former Chelsea and Manchester United CEO Peter Kenyon emphasized, no particular system can be copied by another organization. As far as I observed, a Turkish model, which was inspired by all the positive aspects of other examples, has been established because the future of Turkish football needs long term plans, rather than short-term tricks.

Hence, the first thing to do here is to liberate administrations from short-term concerns and give them credit to invest in the future. The present unprofessional structure of Turkish football makes administrations contingent on the future and irresponsible. Also, present administrations must be held responsible for future spending, which was caused by their contracts. Başakşehir Football Club could be a benchmark for other Turkish clubs to transform their structure to a corporation model, which is crucial for the future of Turkish football.
RELATED TOPICS