Legendary manager Gordon Milne: 'My time at Beşiktaş was a fairytale' 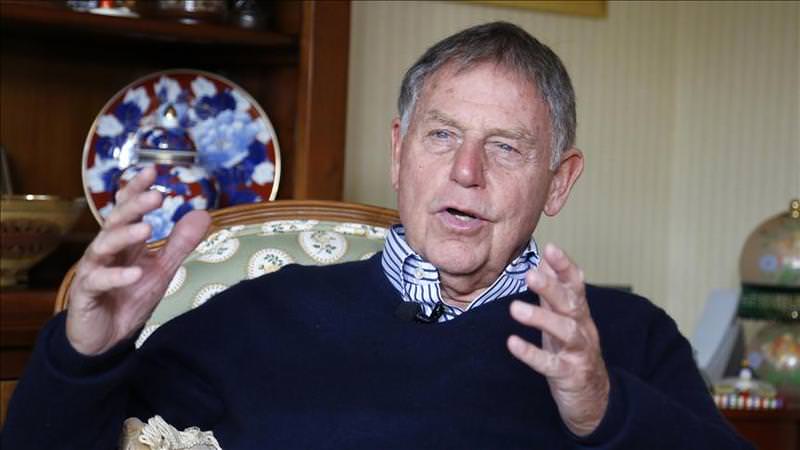 by Anadolu Agency Mar 06, 2016 12:00 am
It has been a difficult week for Istanbul football club Beşiktaş.

Monday night's loss has severely dented Beşiktaş' hopes of lifting the league title for the first time since 2009.

For one disappointed fan living at the other end of Europe, the loss was particularly galling, given that he is a former manager of the famous Black Eagles.

Legendary English manager Gordon Milne told Anadolu Agency the time he spent at one of Turkey's biggest clubs was a "fairytale".

"I was a bit disappointed for Beşiktaş," Milne said after the Fenerbahçe defeat "but" he added, "hopefully Beşiktaş can be successful at the end of the season".

Anadolu Agency visited the 78-year-old at his home in the small English town called Burbage just outside Leicester.

Milne welcomed our team with a big smile with his Turkish daughter-in-law Ayşen before leading us into his living room.

"I think I was there at the right time," he says humbly.

Milne's tenure at Beşiktaş between 1987 and 1994 saw one of the club's most successful periods.

"Beşiktaş was the smaller club with a small budget back at that time. We developed a formula with Süleyman Seba, the Başkan [president] and the board; we developed the team [and] success followed."

His time in Turkey has clearly rubbed off. Milne takes sips from black Turkish tea offered by Ayşen.

His mind goes back to the glory days with the Black Eagles. Milne speaks highly of Beşiktaş' honorary president Süleyman Seba who passed away in 2014.

"It was a mentality of being together. They weren't their players, it wasn't my team. We all belonged to Beşiktaş," Milne says. "The man who allowed that to happen was Süleyman Seba….It was a family…As a foreigner, I felt I belonged there."

Beşiktaş had a golden age under Milne, winning the Turkish Cup and three consecutive Turkish league titles, including one in 1991 without a single defeat.

Speaking about the future of Turkish football, Milne said there will be new talent emerging in the country which will be able to offer something to the global game.

"Turkey is a football country. We have to create new heroes for the kids," he says.

Milne's home is a throwback to his Istanbul days.

He proudly shows off his Beşiktaş museum full of photos from the city's old Inönü Stadium. Old newspaper clippings telling stories of the glory days adorn the walls. Placards, posters and a large set of black-and-white prayer beads hang on a side wall, these being the Beşiktaş colors.

Milne says he is happy to see Beşiktaş' stadium being rebuilt at its original home, with its iconic view of the Bosphorus and the city's historic Dolmabahçe Palace.

"The first time I saw the stadium, I thought what a beautiful stadium…with the setting, the Bosporus, the Dolmabahce Palace…it was beautiful. I hope for the opportunity to see it on its opening day. It will be quite an emotional occasion for everybody," he said.

Capped for England 14 times, Milne successfully went on to manage Wigan Athletic, Coventry City and Leicester City in England before moving to Beşiktaş.

Although he admits to not mastering the Turkish language when he was in Istanbul he still manages to end his Anadolu Agency interview with a success wish for his former team: