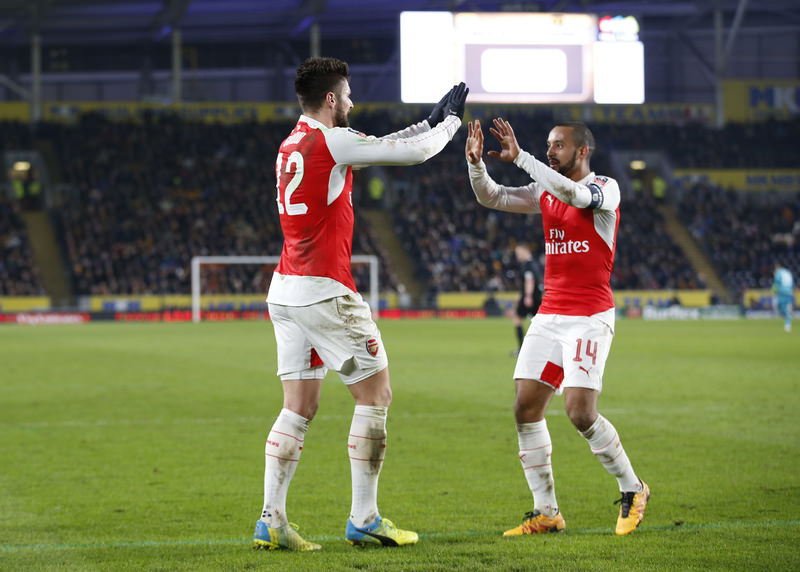 by Mar 08, 2016 12:00 am
Arsenal kept up their bid for a hat-trick of FA Cup trophies, marching into the quarter-finals as Olivier Giroud and Theo Walcott netted twice in a 4-0 replay win at second-tier Hull City on Tuesday.

France striker Giroud had not scored in his 11 previous games but made the most of a terrible back pass after 40 minutes and then doubled the lead with 20 minutes remaining following a sharp volley from close range.

Walcott sidefooted the ball home to make it 3-0 before finishing off the tie with a low drive.

Victory came at a cost for Arsenal, who face Watford in the last eight, as defenders Per Mertesacker and Gabriel and midfielder Aaron Ramsey were forced off through injury.
Last Update: Mar 08, 2016 11:17 pm
RELATED TOPICS