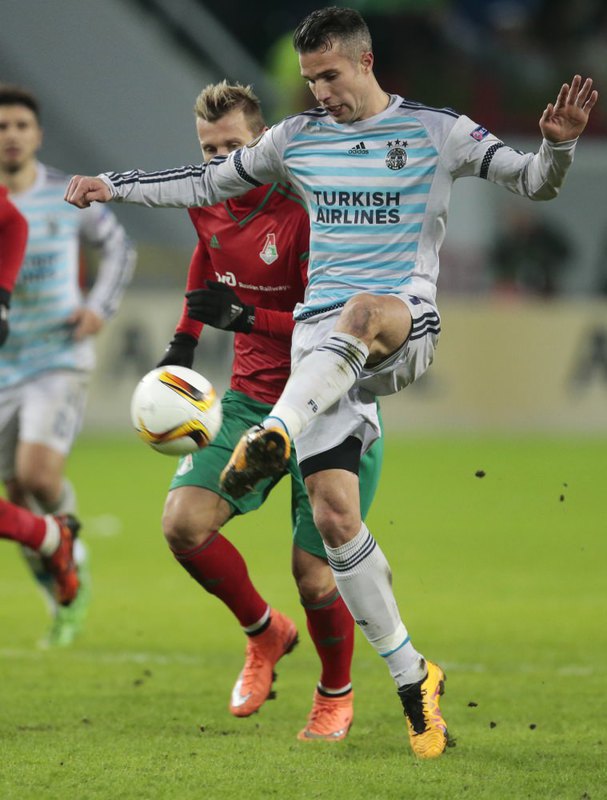 by Daily Sabah Mar 10, 2016 12:00 am
Fenerbahçe's substantial Portuguese contingent will feel a little more comfortable in their home-from-home when they welcome Braga in the round of 16. With a Portuguese coach, and a good number of Portuguese-speaking players, Fenerbahçe may feel they have the inside line on Braga as the sides come together in the UEFA Europa League round of 16. The clubs are meeting for the first time in UEFA competition. Fenerbahçe's record in eight games against Portuguese teams is W4 D0 L4 (W3 D0 L1 at home - W1 D0 L3 in Portugal). Most recently, they lost out to SL Benfica 3-2 on aggregate in the 2012/13 UEFA Europa League semi-finals. Braga have won all three of their previous matches in Turkey without conceding; their record in six UEFA games against Turkish sides is W4 D0 L2 (W1 D0 L2 at home - W3 D0 L0 in Turkey). Fenerbahçe are unbeaten in seven European fixtures (W3 D4) since kicking off the UEFA Europa League group stage with a shock 3-1 home defeat by Molde FK. Braga too have lost just once since the start of the group stage (W5 D2 L1) - 1-0 at Olympique de Marseille on matchday four. In their four away games (W2 D1 L1) they have conceded only twice.

Fenerbahçe went all the way to the semi-finals when they last contested the round of 16 in 2012/13. That was their best-ever campaign in this competition.

Braga are through to the round of 16 for the first time since their finest campaign in Europe, when they were losing UEFA Europa League finalists in 2011 - having transferred over after the UEFA Champions League group stage. Three Portuguese players represent Fenerbahçe: Raul Meireles, Nani and Bruno Alves.Both the clubs' coaches - and a good number of their players - have been at FC Porto: Braga's Alan (2005-08), Andre Pinto (2008-12), Josue (2013-14) and Fenerbahçe's Meireles (2004-10), Diego (2004-06), Souza (2010-12), Alves (2001-10), while Fabiano (2012-) and Abdoulaye Ba (2010-) are both on loan to the Yellow Canaries from the Portuguese outfit. Braga boss Paulo Fonseca replaced Vítor Pereira as Porto coach in summer 2013. He coached Fenerbahçe's Fabiano and Ba during his time in the Porto dug-out, from 2013-14. Fenerbahçe coach Pereira led Porto from 2011-13, with Fenerbahçe's Andre Pinto one of his players at the Estadio do Dragao.
RELATED TOPICS