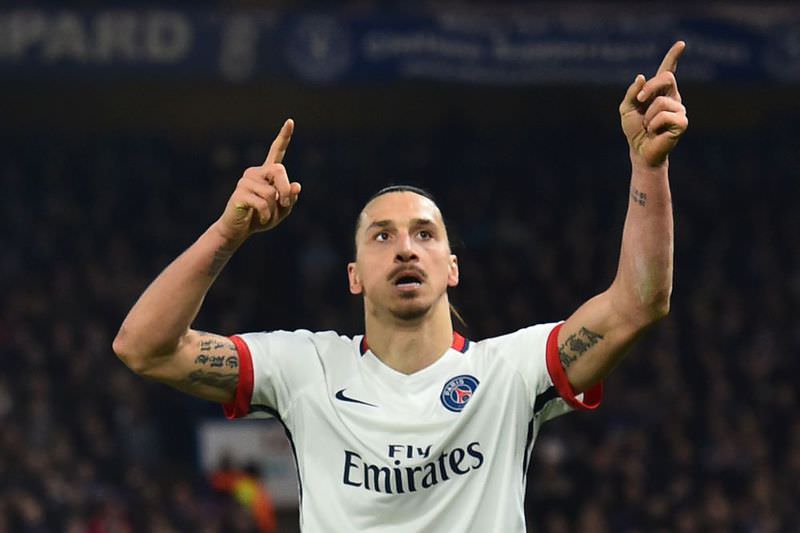 Zlatan Ibrahimovic (above) left Stamford Bridge last year under a cloud after his sending-off almost cost Paris St Germain their place in the Champions League.

He walked out of Chelsea's stadium a hero on Wednesday, however, after scoring one goal and setting up another as the French champions knocked their English counterparts out of the Champions League 4-2 on aggregate. "I was born old but I feel young. I get younger as I go on and I am very happy young man tonight," the giant pony-tailed striker told reporters. "It is a very different feeling to last year. This is not revenge, it is success, a very sweet success against a very tough opponent."

PSG coach Laurent Blanc said Ibrahimovic had been performing well in the French League this season but he had not managed to quieten his critics until now. "You guy always had your doubts because he was playing in Ligue 1, you asked if he was able to give a performance like that in the Champions League," Blanc said. "He gave us his answer tonight."