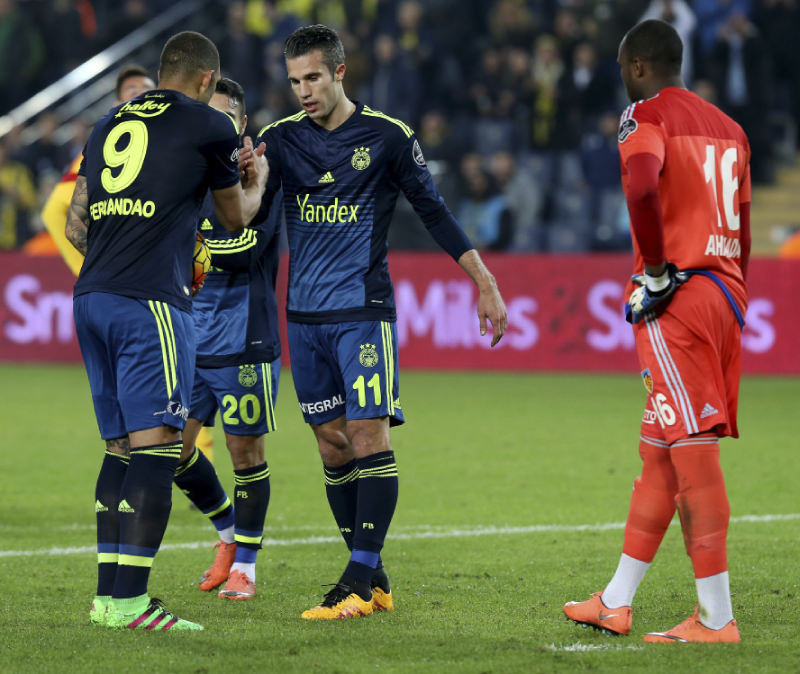 The Spor Toto Super league's 25th week closed with Fenerbahçe on top. The Yellow Canaries beat Kayserispor 1-0 at the Şükrü Saraçoğlu stadium to move back into first place in the Super League Sunday, however the terrorist attack that had happened shortly before the match marked the game. The fans in the stands at the Ülker Şükrü Saraçoğlu stadium reacted harshly to the attacks and condemned the terror. They cheered slogans such as "Our hearts are grieving, we are with you Ankara" and "How happy to those who says I'm a Turk."

They also sang the Turkish national anthem together. The players and technical staff did not want to talk about the match after the final whistle. Fenerbahçe's Portuguese coach Vitor Pereira made a reference to the terrorist attacks and said, "The families are suffering. When I heard the incident I thought of my family. Such incidents make the things related to football meaningless. I don't want to say anything about the match. There are a lot of families who lost their relatives."

As for the game, second half substitute Robin van Persie scored the winning goal on 53 minutes hitting the back of the net for the 15th time this season. Van Persie has now scored more than all of his former Manchester United team-mates this season. Wayne Rooney was tied on 14 goals with Van Persie but the Dutch star took his overall tally to 15 in all competitions. It is also worth noting that Van Persie has played just 2,151 minutes compared to Rooney who has played 2,772 minutes. Van Persie joined Fenerbahçe on a three-year move from United this summer and despite struggling to hold down a regular starting 11 spot he has still managed to outscore his former team-mates.