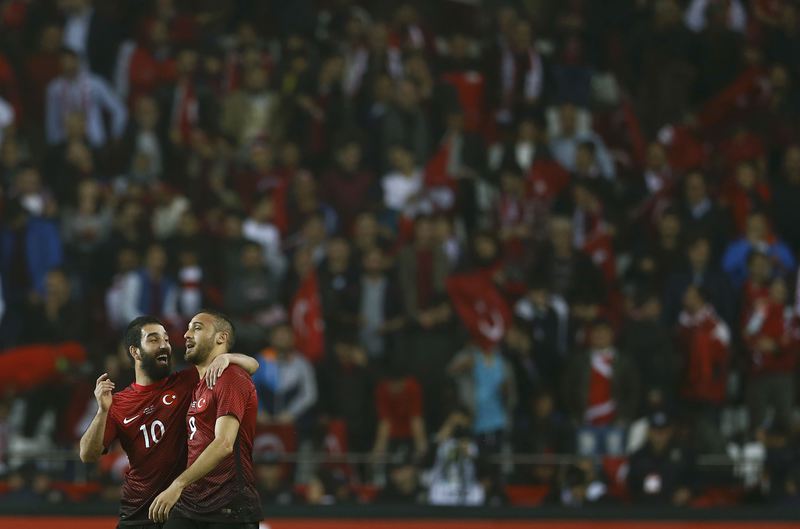 The game was played amidst heavy security because of the recent terrorist attacks in Turkey and Belgium.

The first goal came in the 32nd minute, when Turkey's Cenk Tosun broke the deadlock with a left-foot drive after Ozan Tufan had set him up with a deft header.

Sweden dominated the second half and Andreas Granqvist levelled for the visitors 16 minutes from time from close range after Emir Kujovic had cleverly headed a free-kick across goal.

However, two-goal hero Tosun won the game for Turkey seven minutes later by heading in a precise free-kick from Şelçuk İnan.

Sweden sorely missed injured veteran Zlatan Ibrahimovic, who was their main source of goals in the qualifiers for Euro 2016.

Also Thursday, Iceland crashed 2-1 at Denmark - who lost out to Sweden in the play-offs for Euro 2016 - thanks to two goals within three minutes from Nicolai Joergensen.

Euro 2016 will be Iceland's first major football tournament, but their defending will have to be sharper in France than it was in Denmark if they wish to do well on the big stage.

Meanwhile, Ukraine - who qualified for the Euros in the play-offs, the same as Sweden - edged minnows Cyprus 1-0 on a solitary goal from Taras Stepanenko.

Elsewhere, Greece beat Montenegro 2-1, Moldova battled out a 0-0 draw in Malta and Estonia were held 0-0 by Norway.

Later Thursday, holders Spain were to face Italy in Udine, Wales were to host Northern Ireland and the Czech Republic were to take on Scotland.