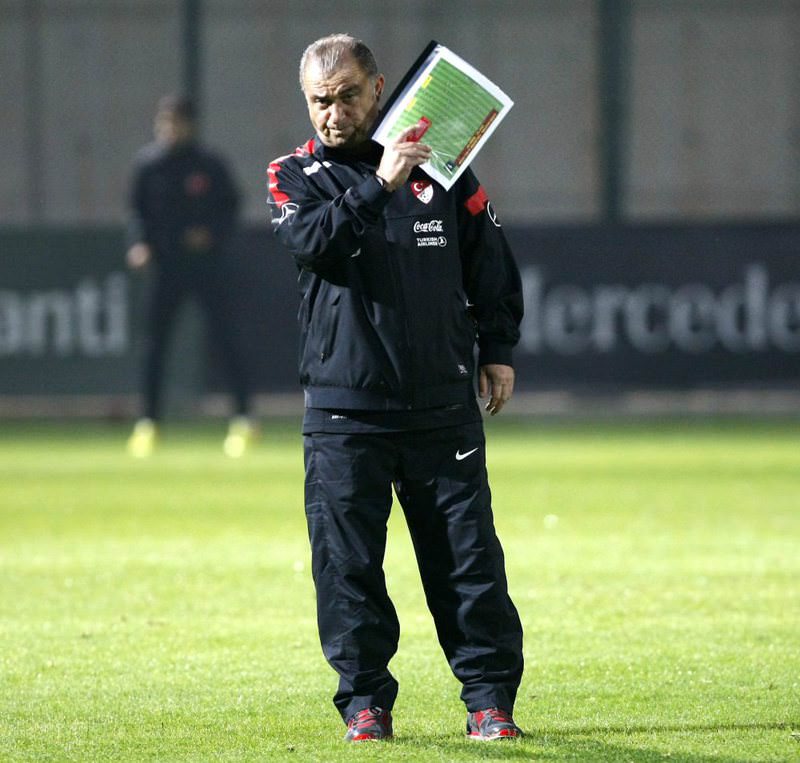 Aiming to keep players vigorous until the Euro 2016, Turkey coach Fatih Terim said they would form 11 special crews to supervise the national team in various aspects

Turkey coach Fatih Terim spoke about his squad ahead of the Euro 2016 on Wednesday in Istanbul. "We have a project called '11 support for 11 players.' We set up special crews for our players who will play in Euro 2016 this summer in France," Terim said.

Stressing that they aim to keep the players vigorous until the tournament, Terim added: "The first of the 11 supports for our team is the technical crew. The second is the health crew. We formed a special health crew for the Euro 2016 team. Very specialized physicians will be part of our crew. They will review the health records of all of our players until the tournament ends, and they will contact the clubs if need be."

Terim said the third is the information and analysis crew that will analyze all the matches and prepare reports regarding information about the team's rivals, their footballers, matches played and to be played, statistics and various scenarios. The fourth crew will work on performance psychology and motivation. Using examples from around the world, the crew is aware of how many athletes are supported psychologically. Two specialists will assist with this, which is also a new development. The fifth crew will work on dietary regimens and well-being. Terim added that eating is not just about being full. "We made plans on their diets according to every footballer's body analysis. As a result of this analysis, we will organize a dietary program in accordance with this plan."

The sixth crew is one to manage conditions and body physics. "We will put a new system into effect with the help of new technologies both in terms of individual members and the team as a whole. The sweat, saliva and urine of our players will be analyzed," he said.

The seventh crew will manage yoga and Pilates. "A specialist will help if our players wish during the preparation process for the Euro 2016, and there are similar practices in other countries," Terim said. The eighth crew is team games and entertainment, while the ninth crew is composed of former national footballers that can mentor the players since, according to the coach, "Experiences are more useful than statistics. That's why former footballers such as Tuncay Şanlı, Nihat Kahveci and Tümer Metin will be with us."

The 10th crew is composed of important life mentors that can explore the deeper side of existence beyond football with the team, and the 11th crew is composed of who made Turkey proud. "We have a national duty. During our duty, those who are in important places or positions in the world will be with us. I won't name them; I want it to be surprise," he said.
RELATED TOPICS