Terim's tactics look nice but they need to be more rational 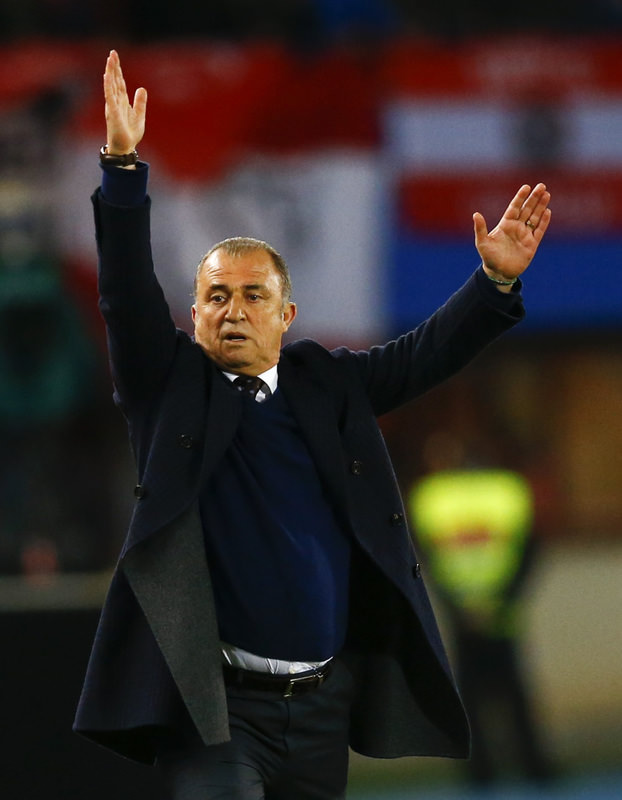 by Arda Alan Işık Apr 02, 2016 12:00 am
After another promising result in Vienna against Austria last Tuesday, many people have started to rethink Turkey's chances in Euro 2016's so-called "group of death." Both Austria and Sweden were tough opponents to beat, the former is an especially dangerous opponent at home. Nevertheless, before talking about the pros and cons of Fatih Terim's tactics and suggesting some amendments to them, I have to admit that Turkey did a nice job in both games regarding the results.

However, the most important thing for the Turkish national team right now is to find out how these successful results can be achieved consistently and how can the team put in the same performances in France. Here, I have different methods from coach Fatih Terim in mind on how best for Turkey to carry the flag this summer in France. Yet, I do appreciate his new vision for the national team and I know the transformation will take time, but first I have to point out what should not be done to prevent a confused national team strategy.

First of all, Fatih Terim has enough raw materials - i.e. a group of talented players - to build a dominant and self-sufficient strategy for the national team. Key players in attack, Arda Turan, Oğuzhan Özyakup and Hakan Çalhanoğlu should be encouraged to improvise the Turkish side's attacks. But more importantly, they must represent what Fatih Terim has in mind on the pitch, in other words, they should not create and execute a strategy in the limited time they have on the pitch, they have to create within Terim's structure and execution their instructions. This would both end the confusion in the strategies and tactics, but also create a more confident and fluid game.

Added to that, goalkeeper Volkan Babacan's tendency to kick balls directly to the other side of the half is just disgraceful. Just imagine, you create a strategy for the game, build the set-pieces for it and your goalkeeper just ignores it all and gambles everything by throwing the ball up into the air. This is just pure nonsense, and has no place in a rational, repeatable and organized strategy. If we bet all of our money on chaos, then there is no need for sophisticated methods or any space for philosophy in football. We should just pick the best players with the best heading abilities and hope that some balls land in the right place.

Furthermore, there was a symbolic substitution on the Turkish side in the second half of the Austria game, a substitution that meant more than just itself. When Terim took off his key playmaker, Oğuzhan Özyakup, and put a dribble master wingman, Volkan Şen, we saw Terim's demeanor change completely. It was again, an inconsistent move with what Terim is trying to build given Volkan Şen is a great tool for chaos, and Oğuzhan Özyakup is the sword of order. Therefore, this symbolic move shows that Terim still has a tendency to put away his long-term strategy for short-term outcomes. Nonetheless, this may very well distort the foundation of the new system, as it can revive the monster of the traditional Turkish footballing way. If the Turkish side wants success, they have to abandon the chaotic way of hold and must opt for the new, daring and rational way.
RELATED TOPICS