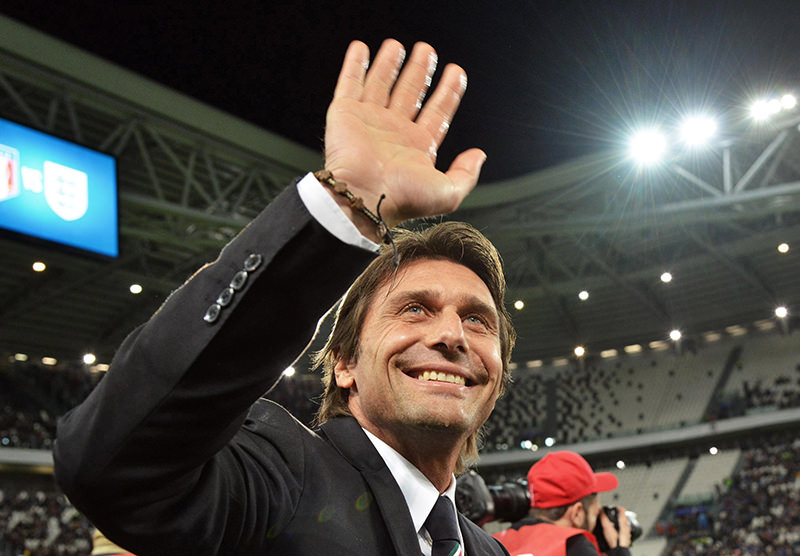 Italy coach Antonio Conte was named as Chelsea's new manager on Monday, with the reigning Premier League champions announcing he has signed a three-year contract that will start following Euro 2016.

"I am happy we have made the announcement now so everything is clear and we can end the speculation," said Conte, first tipped as a successor to interim manager Guus Hiddink at Stamford Bridge last month, in a statement on Chelsea's website.

The 46-year-old former Juventus boss took over the Italian national team in August 2014 and secured their qualification for the European Championship finals in France, which start in June.

"I will continue to focus on my job with the Italian national team and will reserve speaking about Chelsea again until after the Euros," added Conte, who guided Juventus to three straight Serie A titles from 2012-14 before taking charge of Italy.

He added: "I am very excited about the prospect of working at Chelsea Football Club.

"I am proud to be the coach of the national team of my country and only a role as attractive as manager of Chelsea could follow that.

"I am looking forward to meeting everyone at the club and the day-to-day challenge of competing in the Premier League.

"Chelsea and English football are watched wherever you go, the fans are passionate and my ambition is to have more success to follow the victories I enjoyed in Italy."

Chelsea have been without a permanent manager since the London club ended Jose Mourinho's second spell at Stamford Bridge in December after they lost nine out of the first 16 games of their Premier League title defence.

Under Dutch coach Hiddink, they have mounted something of a recovery and last weekend's 4-0 win away to bottom of the table Aston Villa left Chelsea tenth in the 20-team Premier League.

Nevertheless they will now end the season without a trophy and won't qualify for the elite Champions League, with even a place in Europe's second-tier Europa League now looking beyond them.

His appointment will also make him the eighth full-time Chelsea manager during Russian billionaire Roman Abramovich's 13 years as owner of the Blues.

One major item in Conte's Chelsea in-tray will be the future of veteran club captain John Terry.

The 35-year-old former England central defender, who has spent his entire senior professional career with Chelsea, announced in January he would be leaving at the end of the season only for the club to respond by saying he could yet be offered a new contract.

Several other players may have been considering their future at Chelsea, given the lack of Champions League football next term, but the fact the Blues have signed a manager with Conte's track record could persuade them to stay put.

Chelsea director Marina Granovskaia, welcoming Conte's appointment, said: "We are very pleased to have recruited one of the most highly regarded managers in world football and we are equally pleased to do so before the end of the current season. This aids our future planning.

"I would also like to take this opportunity to thank Guus Hiddink, who has done a great job since he joined us in December."