Black eagles Beşiktaş back in their nest 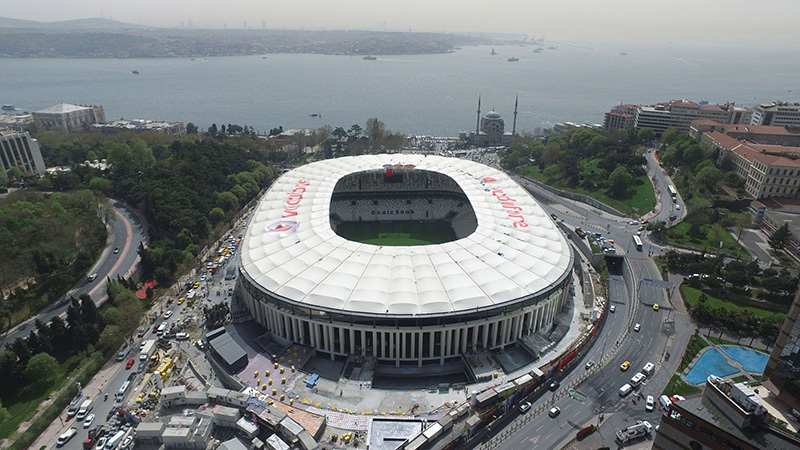 Erdoğan opened the new stadium after cutting the ribbon in the presence of around 6,000 invitees. Former President Abdullah Gül also attended the opening.

Erdoğan, Davutoğlu, Gül take to the field during the opening of Beşiktaş Vodafone Arenahttps://t.co/U9GPnFHFKK pic.twitter.com/jWFoocLox2 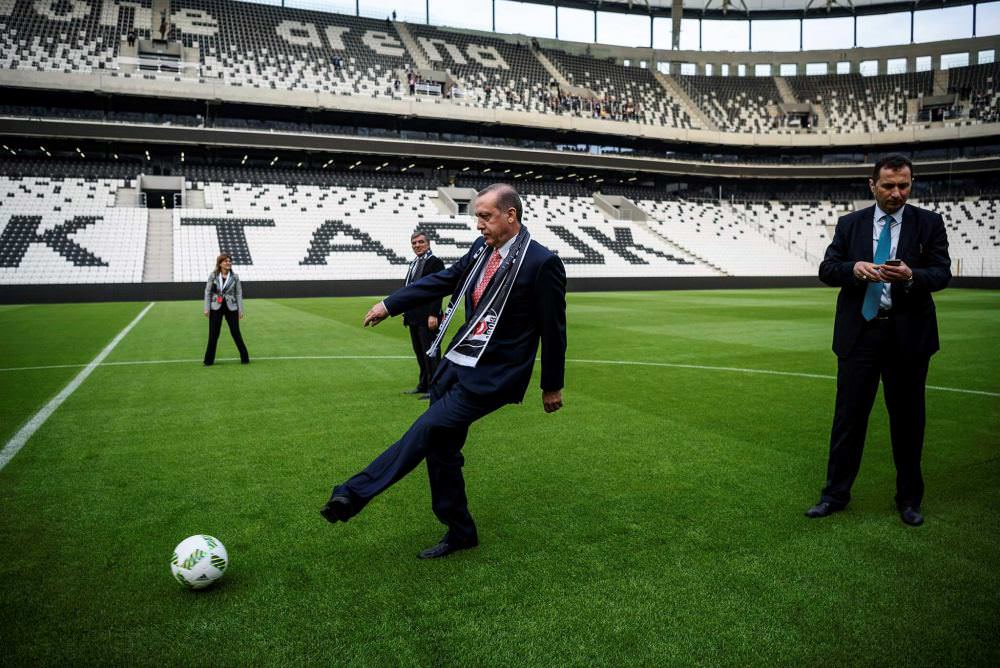 Erdoğan also engaged in a light-hearted kickabout on the pitch with Prime Minister Ahmet Davutoğlu and former president Abdullah Gül.

Erdoğan, who was a semi-professional footballer earlier in his life and had played football at Beşiktaş's stadium 40 years ago, gave a speech during the opening ceremony. Erdoğan said: "When I came here, I thought of the old times. There was no grass on the pitch. Now, Beşiktaş have one of the most modern stadiums in the world. As one of the oldest and biggest clubs in Turkey, Beşiktaş deserve such a great stadium. I want to thank our government for the TL 50 million support for this stadium. I also want to thank Vodafone, but most of all I want to thank all Beşiktaş fans."

At the opening ceremony Beşiktaş President Fikret Orman said: "Beşiktaş are a people's team. The people's president will open the people's team's stadium today. I want to thank President Erdoğan for attending our opening ceremony and supporting the construction of this wonderful stadium. If the president had not supported us, we could never have built this stadium. The colosseum style of the stadium is inspired by our president. Mr. President you are the secret hero of this new stadium. Beşiktaş fans will never forget you."

Prime Minister Ahmet Davutoğlu also said: "This is a historic day. The Black Eagles are returning to their nest. Beşiktaş are a strong club. And this strong club must be supported with a strong substructure. With this great and modern stadium, Beşiktaş have secured their future."

The Vodafone Arena is among the most modern stadia in the world. The new venue with a capacity of about 43,000 spectators boasts special lounges, smart applications such as StadiumVision technology, enabling multimedia experience in screens installed throughout the stadium for fans to watch important moments of matches, and high-speed Wi-Fi. The stadium also has environmentally friendly features such as the use of solar energy in its operations, storage of rainwater for later use in watering the pitch, et cetera.

Except during football games, the stadium will also be an entertainment and fashion center. Beşiktaş Museum and Beşiktaş's store "Eagles' Nest" will be in the stadium. The museum will be interactive and the Eagles' Nest will be the biggest sportswear store in Turkey.

The pitch is below sea level. So Beşiktaş will play their matches 3.5 meters below sea level. The stadium's pitch has hybrid grass, a first for Turkey. The Vodafone Arena's sound system was also given great importance. An Italian firm made the modern sound system, which has installed loud speakers located under the scoreboard at the back-goal side. The volume will not drop below 184 decibels in the stadium. The tribunes also have a 90 degree view and spectators can the game see from every angle. The second opening will be made with the fans. The Vodafone Arena was built over the old one and will host its first game on Monday with a Super League match between the league leaders Beşiktaş and Bursaspor. Beşiktaş fans will be able to watch their team in their own stadium after 1,065 days of exile in other stadia. Beşiktaş President Orman said, "The openings will continue until next year."

The first goal in the old İnönü Stadium was scored by Beşiktaş's legendary former player and president Süleyman Seba. Now people are wondering who will score the first goal in the new stadium and make history. The first match will be refereed by Barış Şimşek. The match will be unforgettable for Şimşek because the last match played in the old stadium was refereed by him in May 12, 2003.