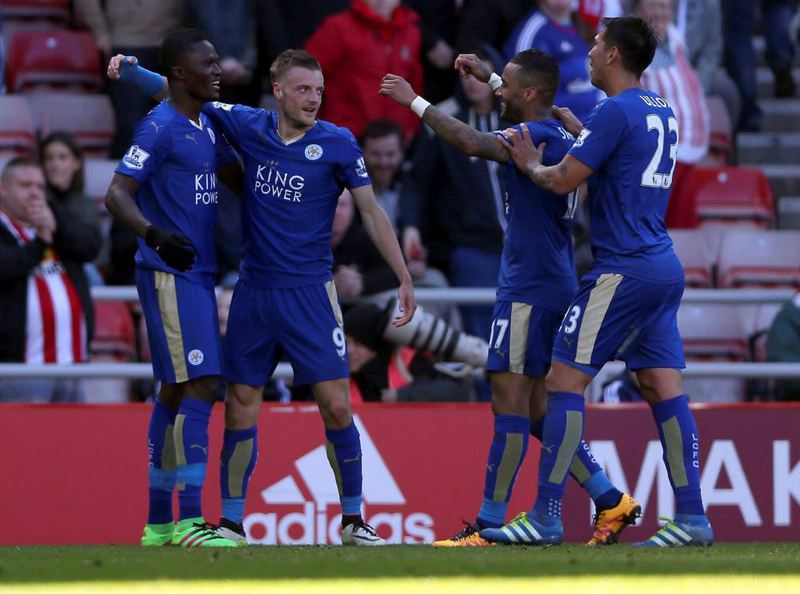 by Associated Press Apr 12, 2016 12:00 am
Leicester qualified for the Champions League for the first time on Sunday and moved closer to the Premier League title with a 2-0 win at struggling Sunderland. Jamie Vardy scored both goals to take his tally for the season to 21 goals, ending a five-game drought. The goals kept Leicester seven points clear of Tottenham, which beat Manchester United 3-0, and guaranteed a top-four finish for the central England team. Although fourth place only secures a place in the Champions League playoff round, Leicester is unlikely to be dislodged from the top three - and has a firm grip on top spot. Sunderland, though, is four points from safety with six games remaining - experiencing a relegation battle Leicester was embroiled in last season. The hosts held off the leaders until the 66th minute when Vardy met Danny Drinkwater's high ball. The England striker tapped in his second in stoppage time after rounding goalkeeper Vito Mannone.

It might have been very different at Sunderland had Leicester goalkeeper Kasper Schmeichel not managed to react quickly to keep out Fabio Borini's deflected shot as the first half drew to a close. But now it appears little can stop Leicester completing its amazing transformation from a team fighting relegation a year ago to lifting the league trophy in May.

"We've got a few games left. It's a step but a very big one," Drinkwater said. "Coming off the Sunderland fans were clapping us as well which is brilliant. It was a great game, we knew it would be tough but managed to grind it out."
RELATED TOPICS