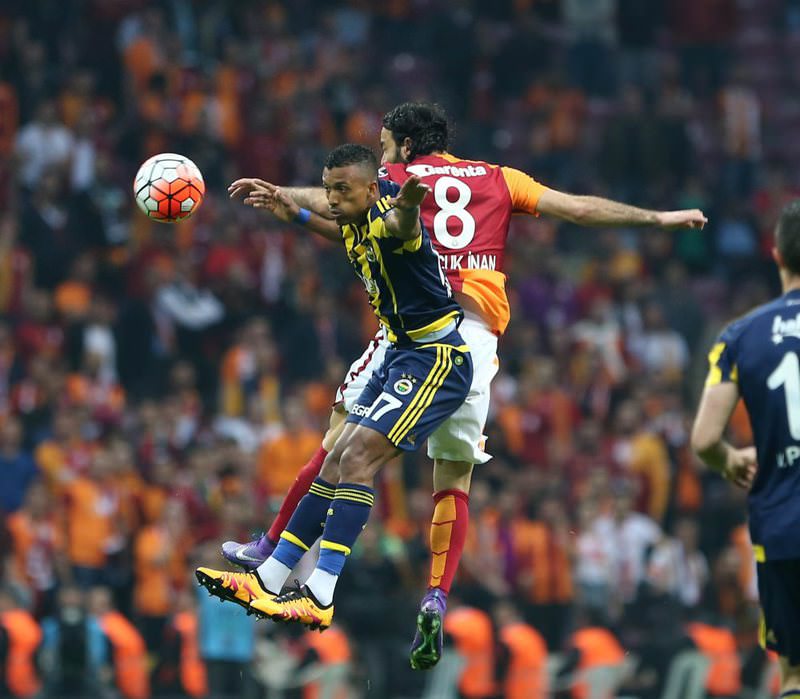 by Arda Alan Işık Apr 16, 2016 12:00 am
Given Galatasaray and Fenerbahçe are the most successful two teams in the history of Turkish football, it would be fair to say that the most characteristic version of Turkish football can be seen when the two play against each other. They would not have been able to hoover up almost every domestic trophy in recent years if they had not played the best football in Turkey. Thus, to observe the heights of Turkish football, it makes sense to watch Galatasaray versus Fenerbahçe. Nevertheless, this Wednesday, neither team was able to bring any sense of intrigue to the fans and a goalless, boring game seemed like a third division game rather than the most important game in Turkish football.

First of all, I expected this kind of a dull match from Galatasaray, because it has been a long time since they have exemplified anything organized on the pitch. Nonetheless, I was surprised when Fenerbahçe also opted for a highly defensive and superficial strategy. I knew Galatasaray's only option was to create chaos, given they had no concrete strategy to score or prevent Fenerbahçe from playing, but Fenerbahçe gave them what they wanted by dividing the team into two and leaving the forward players alone in the opponents' half.

The surprising thing about Fenerbahçe's game was that they had already shown their ability to play an organized game before the derby, but the tension of the game seemingly made them forget their strategies. But, it could also be an intentional choice, which would make me question the rationality of Fenerbahçe coach Vitor Pereira. The reasoning is very simple, Fenerbahçe chased and caught Beşiktaş when they added an organized, quick counter-attacking strategy to their already strict defensive style. Furthermore, whenever they tried to be sneaky and chose the shortcut, they were punished by chaotic football.

Given these facts, Vitor Pereira and Fenerbahçe should have seen this result coming when they chose to play traditional counter-attacking with a six-man defense. Only four Fenerbahçe players were consistently available around Galatasaray's half and the team naturally could not create dangerous opportunities when they had enough time and space. Except for some obvious defensive mistakes around Galatasaray's penalty box, the team had no idea how to score.

On the other hand, it is sad to see the biggest teams in Turkish football play like third division teams with no aesthetic quality, especially Galatasaray. The home side had only one serious opportunity to score throughout the game. Even though they have one of the best squads in the league and many talented players, they did not even try to make two or three passes in a row and everyone directly hit the ball into the other half of the pitch. As symbolic proof of Galatasaray's lack of production, goalkeeper Fernando Muslera was the player who played with the ball the most in the team. After millions of dollars spent on players, coaches, stadiums and marketing, a goalkeeper being the playmaker for Galatasaray is not the Istanbul giant this country deserves.
RELATED TOPICS