World Cup 2018 could be first with video technology 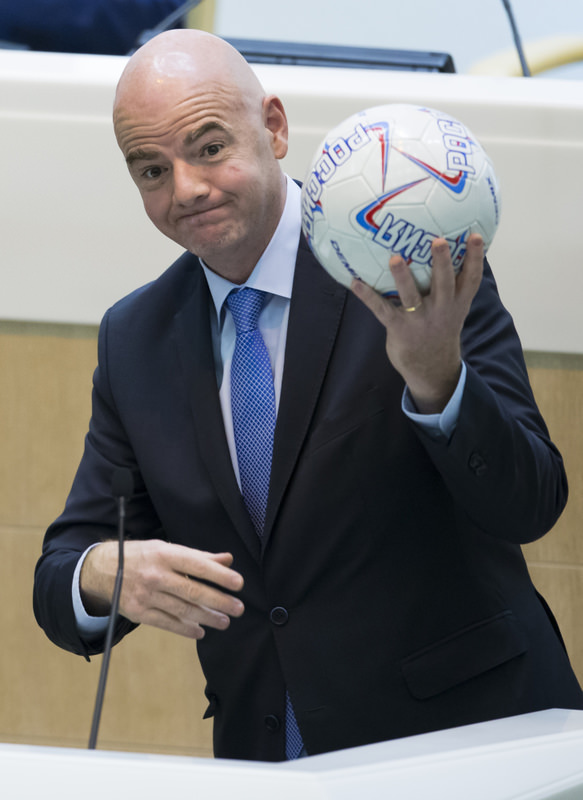 by Apr 21, 2016 12:00 am
FIFA president Gianni Infantino (above) said on Tuesday that testing is to begin on video technology that could be ready to use at the 2018 World Cup in Russia.

Speaking during a visit to Moscow to check on preparations for the 2018 football showpiece, Infantino also said the hard graft "starts now" in the crisis-hit country. But after the International Football Association Board (IFAB), which governs the rules of the game, approved in March the testing of technology to help match officials, Infantino said it could be ready to use at the next World Cup. "This test video will start now and will take two years. This means that by March 2018 we will see if it works or not," he said. "I really hope that the World Cup in Russia will be the first World Cup where video refereeing is used to make refereeing maybe better."

The trials will allow referees to call on video assistance to help determine four categories of game-changing moments - goals scored, red cards, penalties and mistaken identity. In the experiments, a video assistant referee will have access to video replays during matches and will either review an incident on request or communicate with the referee proactively about an incident that may have been missed by the officials on the field of play. Russia will host the 2018 World Cup at 12 venues in 11 cities including Moscow, Saint Petersburg, Kazan and Sochi.
RELATED TOPICS