France trying to stop Muslim footballers from praying on pitch 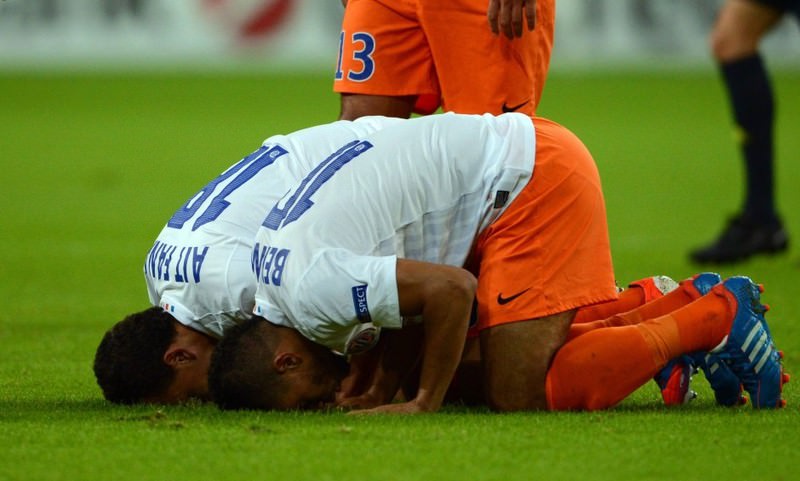 Wearing Muslim head scarves in schools has been banned all over the country since 2004. But will the mayor of Nice Christian Estrosi get away with telling Muslim football players they can not pray on the field?

Less than two weeks after a report indicating Daesh terrorists are planning an attack on the beaches of southern France and Italy, many in Nice, France are questioning why Mayor Christian Estrosi is suddenly taking a harder than normal stance against Muslims.

The mayor of Nice is trying to shut down a big mosque and threatening to cut funds to the local soccer club if players continue to pray on the pitch.

Estrosi secured a green light Monday to sue the French state in a bid to block the opening of a Saudi-funded mosque in the southern city.

He has accused the building's owner, Saudi Arabia's Islamic Affairs Minister Sheikh Saleh bin Abdulaziz, of wanting to "destroy all of the churches on the Arabian peninsula".

"Our intelligence services are worried about this place of worship," said the mayor, who represents France's centre-right The Republicans party, warning against "unregulated foreign funding".

Estrosi received approval Monday from the council in the south coast city to take the central government's regional representative, Prefect Adolphe Colrat, to court over the issue.

Estrosi, mayor since 2008, said that the project which was initiated under his predecessor in 2002 was unauthorised.

Colrat recently gave conditional approval for the Nicois En-nour Institute mosque to open after construction, which began in July 2012, was completed in November.

He said that the mosque should not be subject to any foreign influence and called for it to be a beacon of Muslim worship in Nice and the region.

"It is a stigmatising approach, you point the finger at a whole community," he said.

A petition supporting the mosque has attracted more than 2,100 signatures.