Atletico survives Bayern blizzard, but Real will not fight that bravely 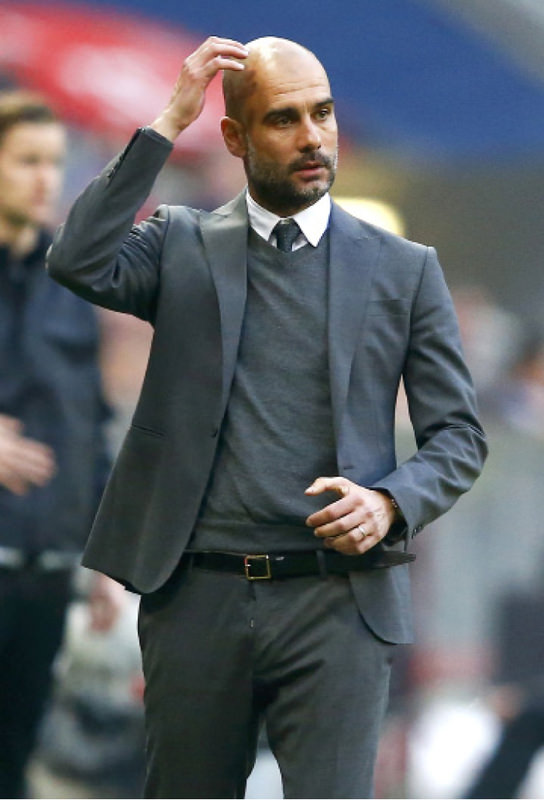 by Arda Alan Işık May 07, 2016 12:00 am
It was truly painful for us poor, football beggars to watch Bayern Munich agonize while desperately trying to breach the reinforced defenses of the Atletico Madrid castle. Still, I salute Bayern coach Pep Guardiola (above) for his brave strategy, which led to wonderful football moments and continuous excitement throughout the game. The world of football would be a very boring place if every team played like Atletico Madrid, but popular fear-mongering that describes coaches like Guardiola as "lunatics" takes football in that direction. Nevertheless, I am still confident that traditional counter-attacking will never be a strategy on its own and eventually will diminish within modern football.

First of all, Atletico Madrid would have never played their ultra-defensive game if Bayern Munich had not been so eager to play football. Thus, playing a productive and proactive game is always possible in modern football, but counter-attacks are always bound to an offensive opponent. That is why there is no way for us to recommend Diego Simeone's recipe for everyone, in other words, philosophically universalize his football vision. Firstly, no one would like to be involved in football in that case, given it would be super-boring, watching sneaky teams who silently wait for a mistake. Secondly, if everyone played like that, the interaction between the teams would drop almost to zero, and the chances of winning would completely be up to mere luck. Eventually, the game of football would become a flat gambling game where inferring the knowledge of it and then improving it would be impossible.

What will happen when Real and Atletico Madrid face each other in Milano for the Champions League trophy is exactly the same as the scenario above. We will watch two completely passive-aggressive teams toss a coin whenever they play with the ball, because both of them have no idea about playing with the ball. They could be the best teams on the earth when it comes to blocking the opponent's way to goal, but they just cannot figure out how to score a goal without chaos. Nevertheless, given this time no one will be eager to play football, they will have to show the anxious amateur inside of them, like the shy kids in the neighborhood who just started to play football.

Then, we will watch as myths fall as we did in the 2014 Champions League final, when the whole game seemed surreal and tragic at the same time. That night, Atletico Madrid almost got the trophy despite not moving an inch further from their penalty box for the final 30 minutes. Only a team like Real Madrid, who also have no idea how to play productively and proactively would suffer for such a long time even though their opponent left more than enough space and time for them.

Seeing as both teams have not changed much over the last two years, I expect the same chaotic, irrational but enjoyable game, for those who like absurdity. Real Madrid, who are far more experienced in the habitat of counter-attacking would definitely be a tough challenge for Atletico. I do not expect any team to dominate the game or even focus on offense, thus the momentum will probably shift often in the game. In other words, a completely unpredictable Champions League final awaits us.
RELATED TOPICS