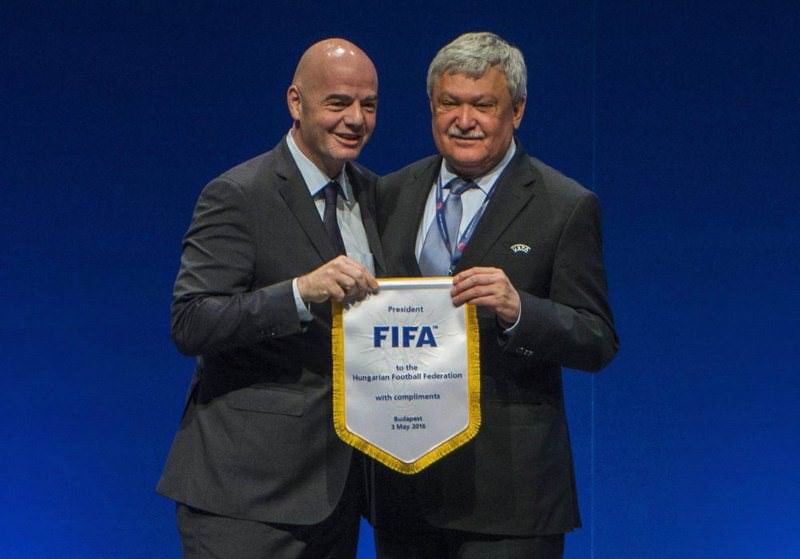 With new corruption and legal fallout hitting almost daily, the FIFA leadership will have to give new details of the cost of the scandals as well as admit Gibraltar and Kosovo as new members in the face of opposition from top members at the annual congress. Infantino and top leaders on the FIFA Council will start a meeting on Monday just after the Court of Arbitration for Sport announces its ruling on an appeal by former vice president Michel Platini against a six-year ban.

A win for Platini would not change FIFA, where his former deputy Infantino took over in February. But the Frenchman could still reclaim his place as UEFA's president.

Former FIFA President Sepp Blatter is also fighting his six-year ban. Blatter, who signed off on a $2 million payment to Platini that is the subject of a Swiss criminal investigation, is also no longer a threat to Infantino.

But a U.S. investigation into world football remains a shadow over its efforts to redeem its name.

Last week, FIFA banned for life top executive members Sergio Jadue of Chile and Luis Bedoya of Colombia over the bribes they accepted for football television and marketing contracts.

A New York court could next month start setting dates for the trials of the 39 individuals and two companies facing charges over bribes said to be worth more than $200 million.

The special FIFA congress in February that elected Infantino also passed reforms, renaming the disgraced executive as the FIFA Council and pruning its powers.

The reforms came into force on April 27, 60 days after the vote, but Infantino must now make sure the regional confederations and national associations at the heart of the corruption take note.

Infantino said in a message ahead of the Mexico City congress on Thursday and Friday that the reforms "will help restore credibility, strengthen governance and rebuild trust, creating a new culture at FIFA that it is now up to you to emulate at the level of the member associations."

With tougher membership rules in force, the FIFA Council will have to decide who sits on the body's governance council and the ethics commission currently led by Domenico Scala.

The congress also faces prickly votes over the admission of Gibraltar and Kosovo that will take the world body to 211 members.

The former Serbian province of Kosovo narrowly won a vote at the UEFA congress last week to get membership of the European body.

Gibraltar, a British territory also claimed by Spain, had to go to the CAS after FIFA's executive rejected its membership bid. CAS ordered FIFA to put Gibraltar's case to a vote at the full congress.

If admitted, Gibraltar and Kosovo hope to be allowed into European qualifying groups for the 2018 World Cup in Russia.
RELATED TOPICS