Beşiktaş 1 point away from title 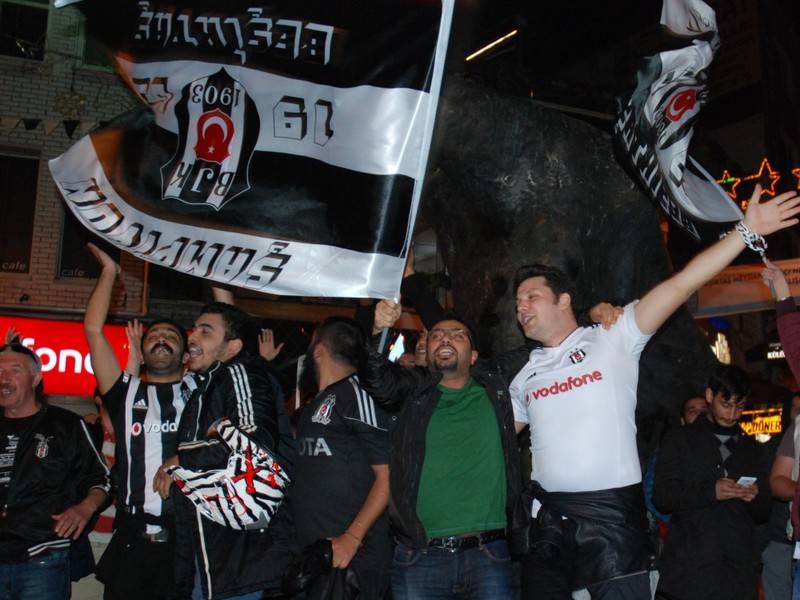 Beşiktaş need just one point in their remaining two matches to win the title after Fener's shocking 2-1 defeat to Başakşehir. Fener coach Pereira admitted that they gave away the league crown

Beşiktaş are on the brink of winning the Super League title following Fenerbahçe's defeat to Medipol Başakşehir. The Yellow Canaries succumbed to a 2-1 defeat to the Istanbul-based side. A brace from Bosnia international Edin Visca sank Fenerbahçe's hopes for the title and earned Başakşehir a home win. Beşiktaş need just a point from their final two games to secure their 14th Super League title. Six years have passed since the last time Beşiktaş won the league title. Beşiktaş will also become the first team to get the title without having a stadium for most of the season. Three years after they bade farewell to their former İnönü Stadium, Beşiktaş finally returned home on April 10, as their new stadium, the Vodafone Arena, opened with a grandiose ceremony in which President Recep Tayyip Erdoğan, Prime Minister Ahmet Davutoğlu, state officials, former politicians, sports celebrities, players and coaches took part. President Erdoğan opened the new stadium after cutting the ribbon in the presence of around 6,000 invitees.

The Black Eagles host Osmanlıspor at the Vodaphone Arena this weekend while Fenerbahçe take on Gençlerbirliği. In the last week, Fenerbahçe will visit Sivasspor while Beşiktaş will be hosted by Torku Konyaspor.

Fenerbahçe head coach Vitor Pereira said, "We gave away the league crown to Beşiktaş with our own hands. We deserved defeat because we focused too much on the match between Beşiktaş and Galatasaray played the day before our match. I'm very sorry. We did not play like a champion-to-be."

Fener's Portuguese star Nani also admitted that "since the beginning the season we have not been able to become a team. That's why we lost our chance to get the title."

With Fenerbahçe's hopes sinking, Beşiktaş have demanded that the Turkish Football Federation (TFF) bring the Super League trophy to the Vodafone Arena next week in case the team wins on their home turf. If they get just one point in the match against Osmanlıspor, Beşiktaş want to pick the cup in front of their own fans. Beşiktaş also demanded that their match against Torku Konyaspor in the last week will be relocated. The team aim to play their last match in the presence of their own fans and benefit from the income of having a full stadium.

German striker Mario Gomez, who scored 25 goals and contributed greatly to Beşiktaş's title race, has made the news back in his native Germany. Gomez is expected to be called up to the national team due to his performances for Beşiktaş this season. Bundesliga clubs are also looking at signing Gomez.

Torku Konyaspor made a history, guaranteeing the third spot in the Spor Toto Super League. After the 2-0 win against Kasımpaşaspor, the Central Anatolian team will be able to qualify directly for the Europa League for the first time in their club's history.
RELATED TOPICS