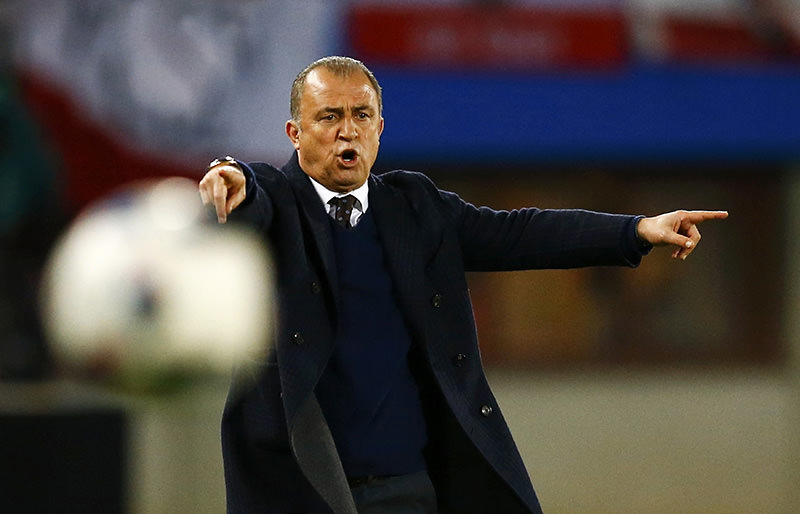 While the European Championship finals in France will be Turkey's first major tournament in eight years, Turkey coach said, ‘We want to play in the final'

Turkey's national team coach Fatih Terim is known as the "emperor" after three stints ruling over the national side, taking them to some of their biggest successes. The European Championship finals in France will be Turkey's first major tournament in eight years. But it has a track record of putting on an impressive showing on the international stage, such as the semi-finals at Euro 2008, much of that under Terim.

In a three-decade managerial career, Terim has become a colossus in the Turkish game, earning himself the nicknames "Imperator" (Emperor) and "Commendatore" (Commandant) and accolades for his never-say-die brand of football.

"I hope that we can repeat and even build on our success from 2008. The fact that Turkey is even playing in France is a success story," he said last month.

"We want to play in the final."

Blessed with stars including Arda Turan of Barcelona, Turkey will be tough opponents but must also emerge from a tricky Group D including Croatia, Czech Republic and Spain.

"I would say that we are in a serious group. It's a quality group," said Terim.

The Turkish national team has only qualified for three World Cup finals and four European Championship finals, but they have reached the semi-finals three times and regularly make a dramatic impact.

Meanwhile, Arda Turan will have to prove his international class at Euro 2016. No other Turkish player comes close to the profile of Turan, who moved to Atletico Madrid in 2011 and became a pillar before moving on to Barcelona, a team he describes as one of the best in football history. "I think it is a beautiful story right from the start," Turan said of his career in an article for the magazine of his old club Galatasaray this month. "It's an example for young people who dream. Because this is a success story. It shows there is a way in a profession by starting right at the bottom and going to the top."

"I am part of one of the best teams in the history of the world. I am very happy both for my own career, Turkish young people and the Galatasaray community. I think I can be a good example to everyone," Turan said.

"Every day I work more and try and be better. Both for my country and for the national team."

Turan stands out as the most gifted Turkish player of his generation.

Turan makes no secret of his patriotism and pride in pulling on the red jersey with the white star and crescent moon.

When Turkey qualified for the Euros with a dramatic victory against Iceland in January, images went viral on the Internet of the Turkish hardman, scratched and bloodied after the game, weeping uncontrolled tears of joy.
RELATED TOPICS