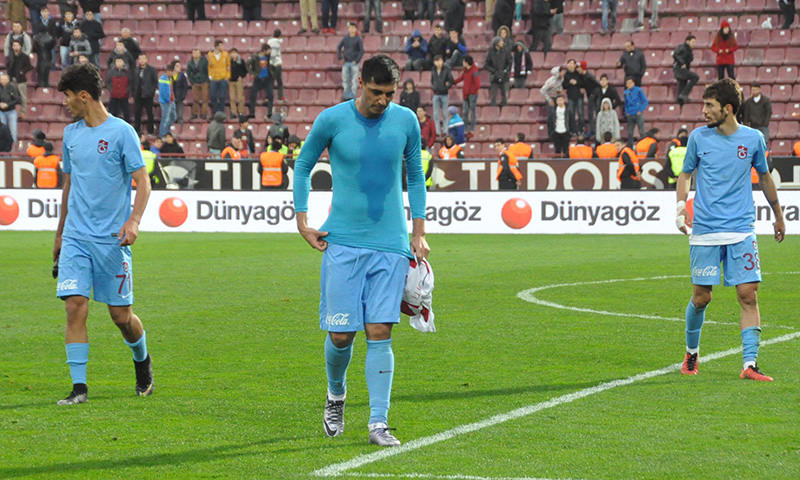 With its latest 7-0 crushing defeat against Antalyaspor on Friday, Turkey's Black Sea region football club Trabzonspor suffered its 17th loss in a season for the first time in its 49 years of history.

The claret-blues ihad high hopes at the start of this season with its former Georgian striker Shota Arveladze appointed as manager. However, the team parted ways with Arveladze in November 2015 following mediocre results, and signed with another former striker, Hami Mandıralı, who became a legend with 395 goals scored in 17 seasons with Trabzonspor. He also managed to bring the team from ninth to fourth place in league table and securing a European qualification when appointed only 13 games left to the end of 2013-14 season.

Mandıralı could not stop the downfall and the team only managed to win five matches out of 15 during his period, while losing nine games, with the last one being 7-0 defeat against Mediterranean team Antalyaspor. Legendary striker took the blame in a press conference following the match, while Trabzonspor announced through its website that they have parted ways with Mandıralı.

With six championship titles and eight times runners-up since promotion into the top division in 1974, Trabzonspor was the only club with league title outside of Istanbul, until Bursaspor became champions in 2010. Both the club's fans and fans all over the country have high expectations from Trabzonspor for being a successful team other than Istanbul clubs.. However, since losing the championship to Fenerbahçe only by goal difference in the highly controversial 2011-12 season tainted with match fixing allegations, Trabzonspor is increasingly being associated with fan violence, poor club management and poor results.

On the other hand, just like a sign of a shared fate, Aston Villa, rooted English club which Trabzonspor's claret and blue colors are adopted from, were relegated from the Premier League for the first time since 1987.