Ibrahimovic will leave PSG at the end of the season 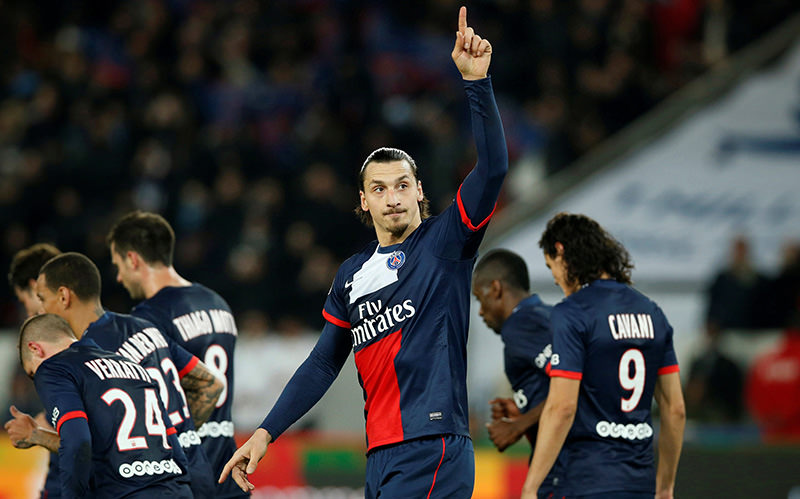 Zlatan Ibrahimovic confirmed that he will leave Paris Saint-Germain at the end of this season, but the French champions said the Swedish star will eventually return in a ‘management' role

The French league will be missing its most charismatic player next season after Zlatan Ibrahimovic announced on Friday that he will leave Paris Saint-Germain. The Sweden international, whose contract expires at the end of the season, said on Twitter that he will be playing his final match at PSG's home ground on Saturday against Nantes.

"My last game at the Parc des Princes. I came like a king, left like a legend," Ibrahimovic said in his trademark arrogant style.

Saturday's match won't be the last in a PSG jersey for Ibrahimovic, who is also expected to play in the French Cup final against Marseille at the Stade de France on May 21. Ibrahimovic reportedly pushed for a one-year extension but PSG said the club and the player decided mutually not to renew their contract.

"They agreed as well that once the player ends his active football career he would be back in the club in a managerial capacity," PSG said in a statement.

At 34, Ibrahimovic played one of the best seasons of his career. Although he failed again in his task of delivering the Champions League to PSG, he was named last week the French league's best player for the third time in four seasons.

Playing tremendous footnall for most of the season, the imposing striker became PSG's all-time leading goal scorer as the Parisian club won a fourth consecutive French league title. Earlier this week, he moved to within one goal of Carlos Bianchi's record for a French league season after scoring his 36th in a 1-1 draw at Bordeaux. He is the first player to score more than 30 in a season in France's top division since Bianchi managed 37 in 1977-78.

Ibrahimovic, who has previously expressed his interest for an experience across the Atlantic in MLS, has yet to announce where he is headed. Ibrahimovic's offensive comments caused an outcry in France, with National Front leader Marine Le Pen suggesting that he should leave the country if he was not happy and the French sports minister asking him to apologize.
Last Update: May 14, 2016 1:05 am
RELATED TOPICS