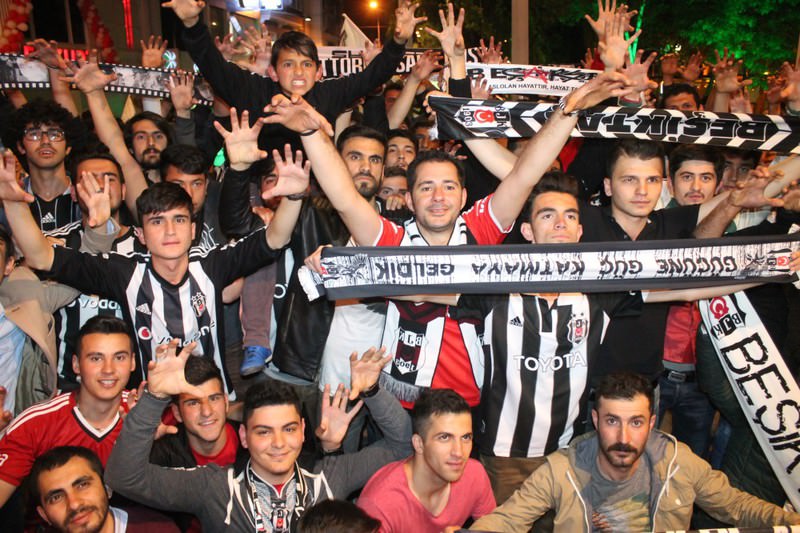 Although the Black Eagles played without a stadium during the 2015-2016 season, they maintained their top spot throughout most of the season with their superb performance

Spor Toto Super League leaders Beşiktaş attracted significant attention with their superb performance in the 2015-16 Spor Toto Super League season. The Black Eagles maintained their top position most of the season and they also concurrently marked a critical statistical success. Beginning the 2015-16 season with new coach Şenol Güneş, Beşiktaş put in the best performance of the past 12 seasons. Beşiktaş also marked one of their best goal-scoring performances in the Super League. German striker Mario Gomez has had one of the greatest seasons in his career with Beşiktaş. Gomez, who is called "Super Mario" by fans, managed to be a top scorer in his very first year, scoring 25 goals.

The Turkish Super League made a few headlines during the summer transfer window, with top strikers heading for new adventures in the twilight of their careers. Robin van Persie was surprisingly lured from Manchester United to Fenerbahçe, along with Nani; Lukas Podolski joined Galatasaray from Arsenal after a disastrous loan spell at Inter Milan, while Samuel Eto'o added another twist to his unpredictable journey by signing with Antalyaspor. Gomez was probably considered the least spectacular of them all when Beşiktaş took the 30-year-old striker on loan from Fiorentina, but this proved to be the best and most significant deal by some distance.

For the fans, a seven-year wait has been agony, but Beşiktaş deservedly led the table. They play the most attractive football in the country, and Gomez alone has bagged more than a third of their points. In doing so, the 30-year-old has already broken the club record by becoming Beşiktaş's most prolific foreigner in a single season. The previous record was held by a couple of French-born stars. The first is Pascal Nouma might be forgotten in his homeland but he is still remembered as a legend in Istanbul, where he scored 18 goals in the 2000-01 season. The second was Demba Ba, who equaled Nouma's total last season after arriving from Chelsea and turned into a huge crowd favorite before leaving for Shanghai Shenhua in June. "The next season will be very important to me," Gomez said. "My goal is to play for Germany again and take part in the European Championship."

Once the domestic season is over, Gomez will almost certainly go to Euro 2016 and hope to put the misery of missing out on the World Cup behind him. The striker may not be a world champion but Beşiktaş have offered him the chance to prove that he can still be a world-beater, according to ESPN's Michael Yokin.

On the other hand, this season has another meaning for Beşiktaş. Beşiktaş are the first leaders without a stadium for most of the season. Three years after they bade farewell to their former home, İnönü Stadium, Beşiktaş finally returned home on April 10, as their new stadium, Vodafone Arena, opened with a grandiose ceremony in which President Recep Tayyip Erdoğan, Prime Minister Ahmet Davutoğlu, state officials, former politicians, sports celebrities, players and coaches took part. Erdoğan opened the new stadium after cutting the ribbon in the presence of around 6,000 invitees.
RELATED TOPICS