Ronaldinho in line to join Eto'o with Antalyaspor 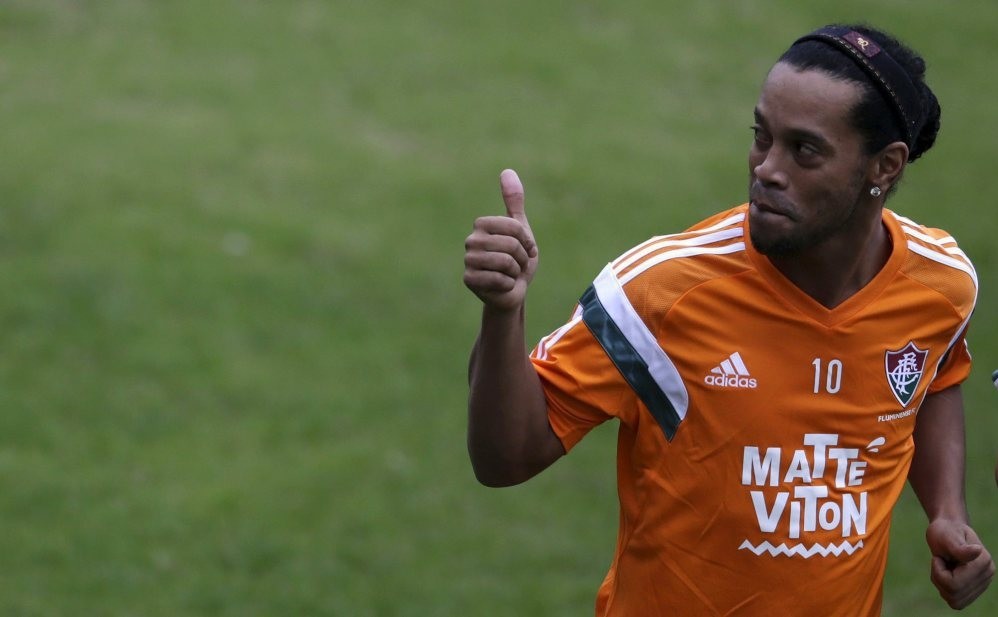 by Daily Sabah May 19, 2016 12:00 am
Ronaldinho (above) has agreed to join Antalyaspor and will link up with his former Barcelona team-mate Samuel Eto'o for the ambitious Turkish side, according to the club's president. Gültekin Gencer said that the 35-year-old Brazilian forward's arrival is imminent after terms were agreed - and promised that the club, who signed Eto'o last year after his departure from Sampdoria, will keep making surprises in the transfer market.

"We reached an agreement with Ronaldinho," he told. "I think in the near future it'll be made official.Ronaldinho appeared to confirm his intention to join Antalyaspor, who were in Turkey's Super League last season, in an Instagram video in which he said: "Hi to everyone. I will be in Turkey with you soon."

The former Balon d'Or winner's last club was the Mexican side Queretaro, with whom he spent nine months before departing earlier in June.
RELATED TOPICS