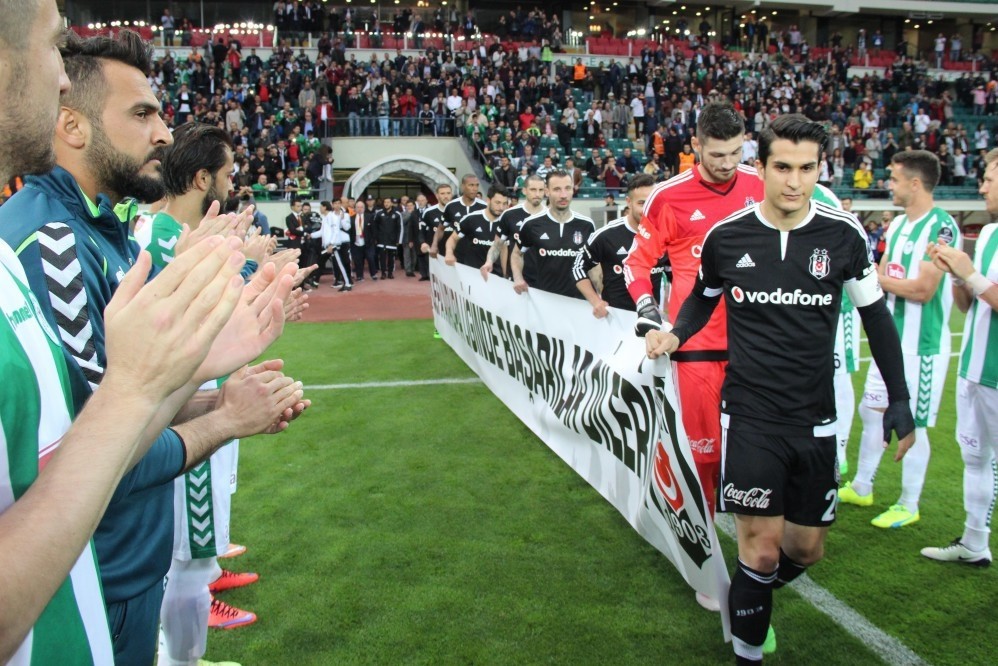 Torku Konyasporu2019s players applaud champions Beu015fiktau015f ahead of the match.
by Daily Sabah May 20, 2016 12:00 am
Turkey's 2015-2016 Super League champions Beşiktaş ended the season happily although they were defeated by Torku Konyaspor 2-1 in the 34th and last match of the league on Wednesday in Konya. They clinched the Super League title with a game to spare on May 15, topping the league for the first time since 2009 and claiming Turkey's sole automatic Champions League spot.

The Black Eagles were awarded their championship trophy yesterday in a ceremony in their new stadium Vodafone Arena. The players and technical staff crossed the Bosporus in a boat and went to Beşiktaş, on the European side. Boat-owning fans also accompanied the team. Later, the team made their way to the Vodafone Arena on an open-top bus, surrounded by fans who cheered deliriously. The celebrations went on with a concert and a digital audio/visual show at the stadium. The event ended with the players touring the stadium with the cup in their hands.

Gomez, this season's top Super League scorer, spearheaded Beşiktaş's campaign with 26 goals. It was the first ever league title for Beşiktaş coach Şenol Güneş, who led the Turkish national team to third place in the 2002 World Cup.
RELATED TOPICS