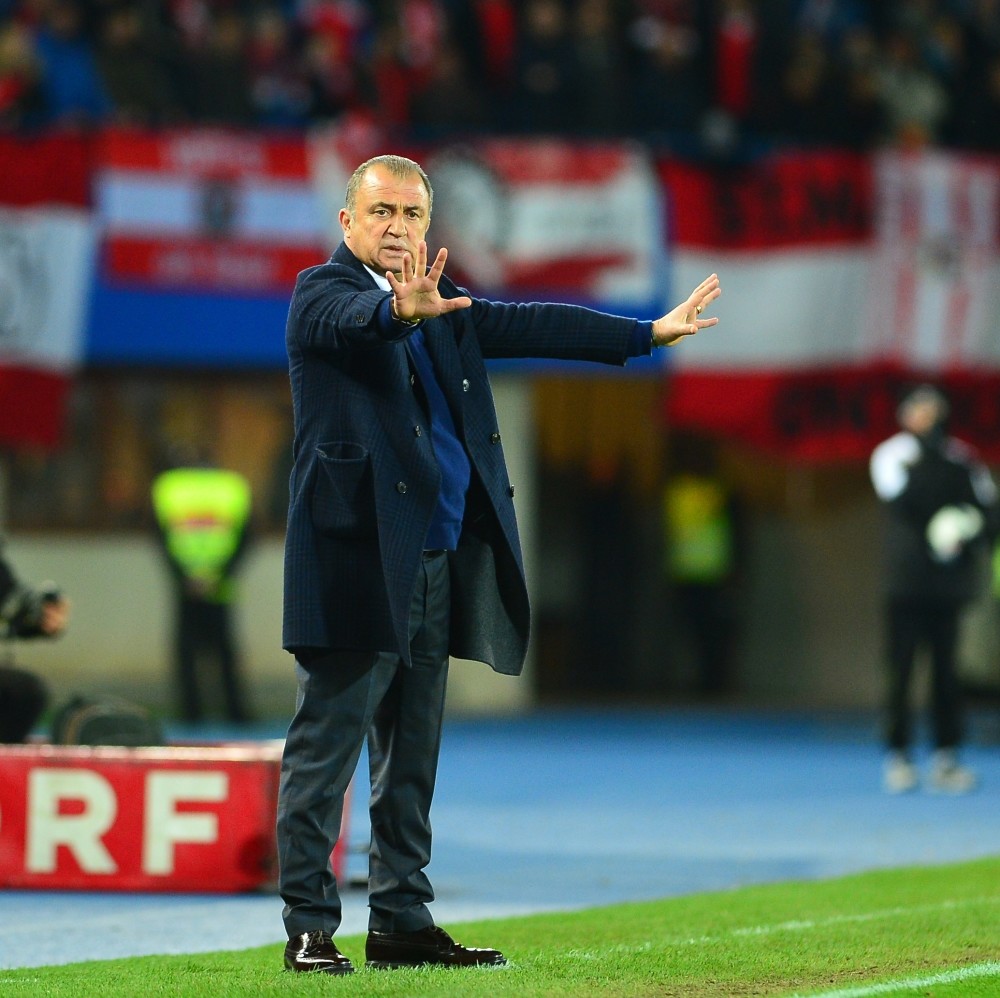 Turkey coach Fatih Terim announced Turkey's preliminary squad for Euro 2016. Announcing the squad on state-run the TRT Sport television, Terim said he was expecting great things from his side despite being drawn in a challenging Group D. Eight players will be cut from the provisional 31-man squad on May 31, when the final line-up of 23 going to France will be announced. Captain Arda Turan, who joined Barcelona this season after a glorious spell at Atletico Madrid, will be hungry for success after spending much of a frustrating time so far with the Catalan giants on the bench. He will be joined in the midfield by Hakan Çalhanoglu of Bayer Leverkusen, one of few Turkish-origin players born in Germany to opt for their ancestral country.

Terim has reshuffled the goalkeeping contingent with Volkan Babacan, who enjoyed a sparkling season with Başakşehir, the clear number one out of four keepers in line to go to France. There is no longer a place for Turkey's longstanding keeper Volkan Demirel of Fenerbahçe.

In attack, much will depend on striker Cenk Tosun who helped Beşiktaş to their first Turkish league title since 2009 earlier this month. Terim has also called up experienced striker Burak Yılmaz despite concerns he may have lost his sharpness since joining Beijing Guoan from Galatasaray earlier this season.

The manager's most intriguing choice is young winger Emre Mor, aged just 18, who was born in Denmark, plays for Nordsjaelland but has opted to play for Turkey after representing his country of birth at youth level.

"I think he is a player out of the ordinary," said Terim. "I decided to give him a chance and Turkey can gain a very interesting player."

"Playing in the final is not for me a criterion of success," he said. "If possible, we have the very highest aim."

But he acknowledged that Turkey's Group D - also including reigning champions Spain, Croatia and the Czech Republic - could be termed a "group of death".

"I think that we have fallen into one of the two strongest groups," he said.

But had said Turkey would be a "real obstacle" for any side at the tournament.

Terim batted away speculation he could be returning to club management at Galatasaray after their disastrous season saying "there is nothing else on my mind now other than the national team".

A key test of the strength of Terim's team comes at the weekend when they face England in Manchester. Meanwhile Konyaspor coach Aykut Kocaman criticized his colleague Terim for not calling up any footballer of his team despite the Mid-Anatolian club spent a great season ranking third at the end of the Spor Toto Super League.