Third time is no charm for Sevilla, it is pure logic 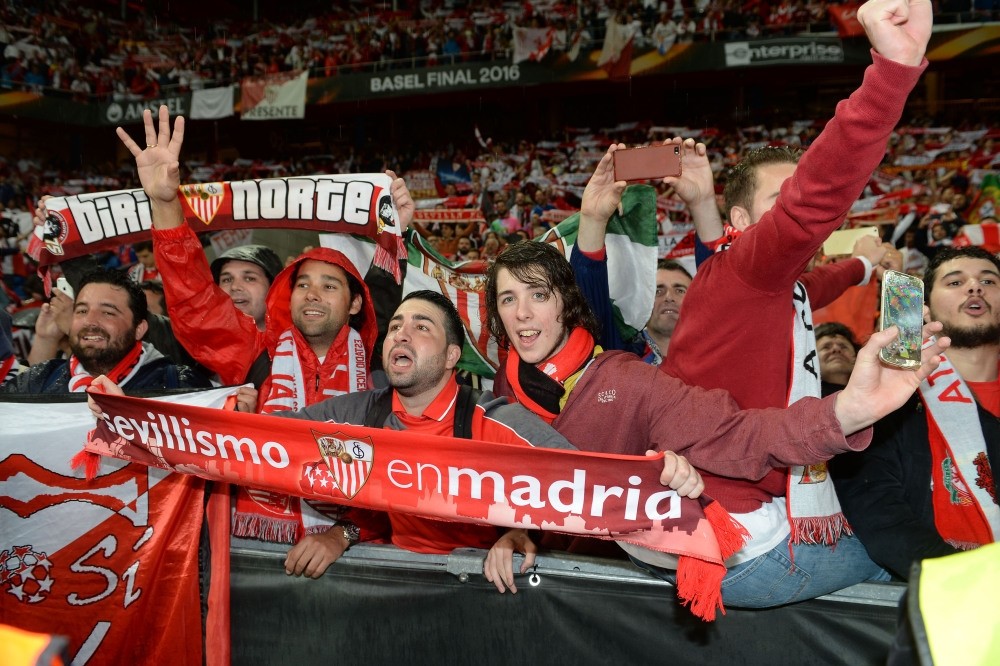 by Arda Alan Işık May 21, 2016 12:00 am
There were two completely different 45 minutes for Liverpool and Sevilla on Wednesday night. It was a night blended in surreal chaos, which could inspire some new anarchistic theories as well as theories for Hobbes's Leviathan. Eventually, the real fire starter of this total chaos, Liverpool, drowned in the flood they created and watched the Sevilla players enjoy their third Europa League trophy in a row, who survived from the Klopp storm in the first half. The Spanish side's coach Unai Emery understood the gamble that Jurgen Klopp played and punished it with an organized, controlled strategy.

For Jurgen Klopp and his players, the whole season was more or less a gamble, there were times when they shocked their opponent with their extreme energy, like their comeback against Borussia Dortmund. But on the other side of the coin, there is the ugly picture of Liverpool, a team completely out of control and has no sense of organization or strategy at all. For the first half of the game, luckily the former was happening and Liverpool overwhelmed Sevilla, without finishing them off. Nevertheless, the fact that they spent all their precious energy, which makes their chaotic game effective, for only one goal, left them defenseless against Sevilla who rebooted their system in the halftime and understood how to utilize the time and space Liverpool's awkward style offered.At this point, it did not take an expert to predict Liverpool would concede goals in the second half, but no one expected it to happen so quickly.

Given Sevilla's response happened only after 16 seconds from the whistle, Liverpool's anxiety, which was grown by other traumatic comebacks in this season, showed its destructive face in the second half. The French striker Kevin Gameiro, who was lost in the first half, suddenly became a terrifying predator for the Liverpool defence. Throughout the 45 minutes, it seemed like Liverpool were hypnotized by a Sevilla supporter who had telekinetic powers.However, the reason why Klopp lost another trophy was neither telekinesis nor wizardry, it was purely because Sevilla knew how they were playing unlike Liverpool, they just could not organize their game in the first half.

Liverpool's energy and chaotic game play has never offered reproducible results for us, but Sevilla and Unai Emery continue to win the Europa League with the same strategy. The point is, Liverpool do not know how to carry the ball to the opponent's half other than blindly kicking the ball. But Sevilla have the right strategy and formation based on a holistic approach, which promotes collective defense and offense. Thus, Sevilla players were always more than the Liverpool players in any position in the second half, because they carried the ball by circulating it and their opponent were already exhausted by not doing the same. Basically, who knew how to play a sophisticated and reproducible game when they have the ball won the same thing with the same game for the third time.
RELATED TOPICS