English media: Turkey could be a surprise in Euro 2016 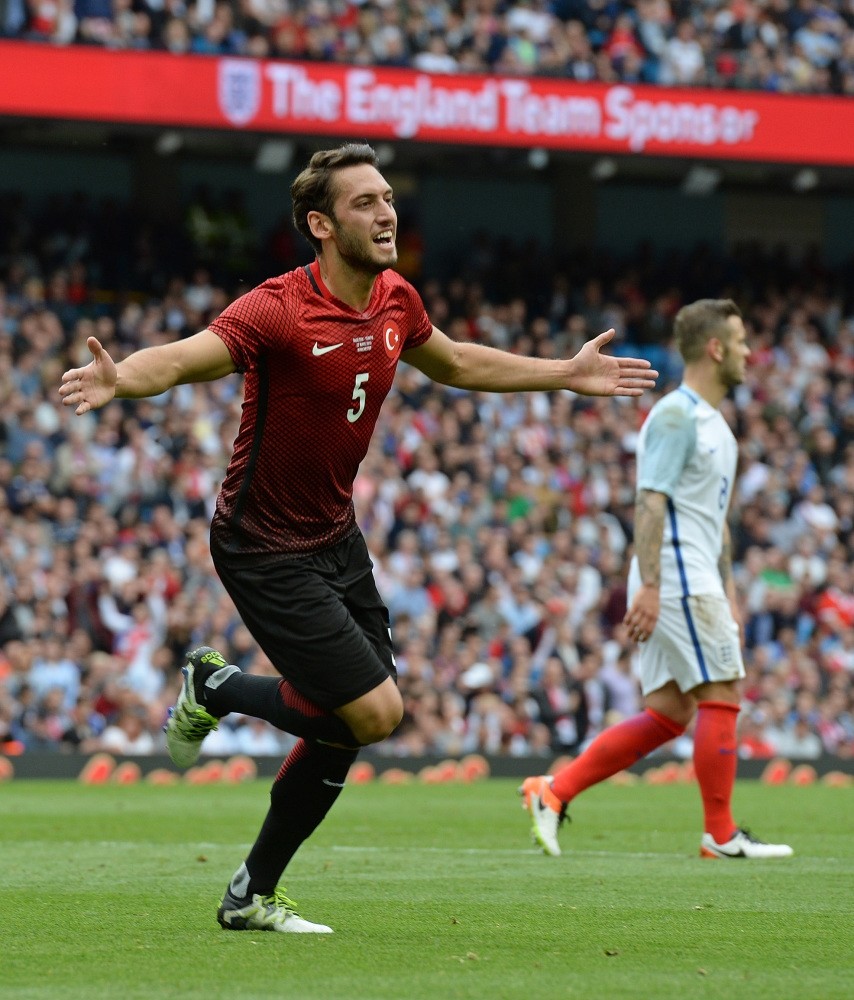 Although Turkey lost 2-1 to England in their friendly on Sunday, the English media stressed that Turkey could surprise at Euro 2016 thanks to new players, who were born in Germany
by Daily Sabah with AFP May 24, 2016 12:00 am

Although Turkey lost 2-1 to England in their friendly on Sunday, the English media stressed that Turkey could surprise at Euro 2016 thanks to new players, who were born in Germany

Turkey are continuing to attract attention in Europe following their miracle qualification to Euro 2016. In their first Euro 2016 warm-up match, Turkey were hosted by England at the Manchester Etihad Stadium on Sunday. The match was important for Turkey because Turks had not been able to win or even score a goal against England in 10 matches since 1984. And it looked as though the contest would go to form once more when Harry Kane popped up to open the scoring in just the second minute, although there was more than just a suspicion the Tottenham Hotspur striker was offside when pulling the trigger. However, Hakan Çalhanoğlu made history by becoming the first Turkey player to score versus England 11 minutes later. But, Jamie Vardy rode to the rescue in the 83rd minute, the Leicester City hitman slamming home his third England goal in three games to end Turkey's unbeaten run at 13 matches and enhance his claim to a spot in manager Roy Hodgson's starting XI in France.

English daily The Independent emphasized that Turkey can spring a surprise at Euro 2016 thanks to German-born players like Hakan Çalhanoğlu. The Independent wrote, "Fatih Terim's side were struggling in qualification but they have had a resurgence thanks to a new generation of players born and brought up in the academies of western Europe. "The best of them is 22-year-old Hakan Çalhanoğlu, an elusive creative midfielder and set-piece specialist who took control of Terim's side during qualification, scoring the goal that sealed their crucial win in Prague last October. Then there is Nuri Şahin, slightly older at 27. He was the anchor of Jurgen Klopp's first great Borussia Dortmund team. Another option in a talented midfield is 24-year-old Yunus Mallı. He was educated at Borussia Monchengladbach and has spent his senior career at Mainz. Adding much-needed quality and game-intelligence recently is Oğuzhan Özyakup, born in Holland in 1992. He joined Arsenal just before his 16th birthday. But in 2012 he changed his allegiance to Turkey, and left Arsenal for Beşiktaş. He masterminded the 3-0 defeat of his native Holland in Konya last September, scoring the first goal. Now he will be at Euro 2016 and the Dutch will not.

"Out on the wings, there are two more German-born players with similar stories. Gökhan Töre was born in Cologne in 1992, he started at Bayer Leverkusen before briefly joining Chelsea's youth system before returning to Germany. He is now at Beşiktaş, as is Olcay Şahan, born in Dusseldorf and formerly of Duisberg and Kaiserslautern before moving to Turkey. Cenk Tosun, born in Wetzlar, is another option up front.

"The wildcard of the squad is Emre Mor, the 18-year-old not from Germany but from Copenhagen in Denmark. He has impressed this year for Nordsjaelland, although like Marcus Rashford, he may only be part of the initial pre-tournament group for experience."England are hard to play anywhere, but it's especially hard in England," Terim told Turkish media.