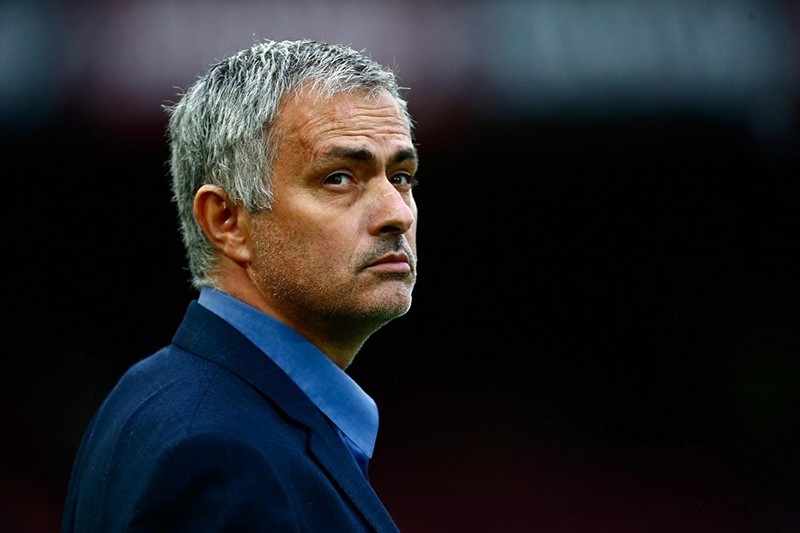 Jose Mourinho will be faced with a litany of problems once the polarising Portuguese manager finally starts his Manchester United reign later this week.

Mourinho could be confirmed as United's new boss as early as Wednesday after his agent Jorge Mendes met the club's executive vice-chairman Ed Woodward for talks in London on Tuesday.

The former Chelsea boss is reported to have been offered a three-year deal worth Â£15 million ($21 million, 19 million euros) per season and would be given a transfer war-chest of around Â£200 million to revive the troubled Premier League club following Louis van Gaal's sacking on Monday.

Mourinho has long dreamed of managing United, but the fulfilment of that ambition will come with strings attached.

The 53-year-old's arrival at Old Trafford will be greeted with relief by large sections of the United fanbase and squad in the aftermath of two turbulent years under the drab management of arch pragmatist van Gaal.

However, Ronald De Boer, who played under van Gaal at Ajax before joining him at Barcelona where Mourinho was working as an assistant, says Mourinho can be just as conservative and acerbic as van Gaal.

"People run away with the impression of Mourinho and it's the same with van Gaal. You hate him or you love him," De Boer said.

"There will always be players who are not playing who will dislike him.

"Mourinho is like Van Gaal, a workaholic. Sometimes it's not pretty but he knows how to grind out wins. That's what you get."

Before he even has time to settle into his new office at United's Carrington training ground, Mourinho must solve the thorny problem of Ryan Giggs' status.

That would leave Giggs as the last member of van Gaal's staff and his future is now uncertain after he was reportedly offered a less senior coaching position by Mourinho.

United legend Giggs has spent 29 years with the club and was a popular caretaker manager following David Moyes' dismissal in 2014.

The Welshman is believed to be disappointed he wasn't offered the chance to succeed van Gaal and is said to have flown to Dubai to consider his options before giving Mourinho an answer.

Getting rid of a United icon at the start of his reign would be a risky move for Mourinho, but it is far from his only problem.

After being sacked by Chelsea in December following a series of rifts with senior players, Mourinho, who has won three Premier League titles and two Champions Leagues, will find a United dressing room at a low ebb after van Gaal's constant criticism.

While Van Gaal earned admiration for promoting youngsters such as Marcus Rashford, Cameron Borthwick-Jackson, Timothy Fosu-Mensah and Jesse Lingard, the Dutchman is regarded as having failed to control a group of volatile personalities.

Netherlands winger Memphis Depay, a Â£25 million pre-season signing, is said to be in danger of squandering his talent due to a dubious attitude, while veteran German midfielder Bastian Schweinsteiger is reported to have been given special treatment by van Gaal after a series of injuries.

Mourinho must decide on the future of England midfielder Michael Carrick, who is out of contract shortly but retains a strong voice in the squad.

Spanish winger Juan Mata could also be on his way out after being sold to United within six months of Mourinho arriving at Chelsea for his second spell at the club.

Once Mourinho decides who will be leaving, he can turn his attention to the signings required to revitalise an unbalanced squad that finished fifth in the Premier League and crashed out of the Champions League at the group stage.

Yet, without the lure of Champions League action next season, Mourinho might find it hard to land his top targets -- especially with the Pep Guardiola revolution getting underway across town at Manchester City.

City and Barcelona are believed to be ready to compete with United for the signature of Everton's England defender John Stones, who Mourinho was unable to sign while at Chelsea last year.

As if that wasn't enough to be getting on with, Mourinho also has to deal with the distraction of his upcoming court appearance over claims he discriminated against Chelsea's former club doctor Eva Carneiro.

Mourinho called Carneiro "impulsive and naive" after she ran on to the pitch to treat Eden Hazard during Chelsea's match against Swansea last year and she was later dropped from first-team involvement.