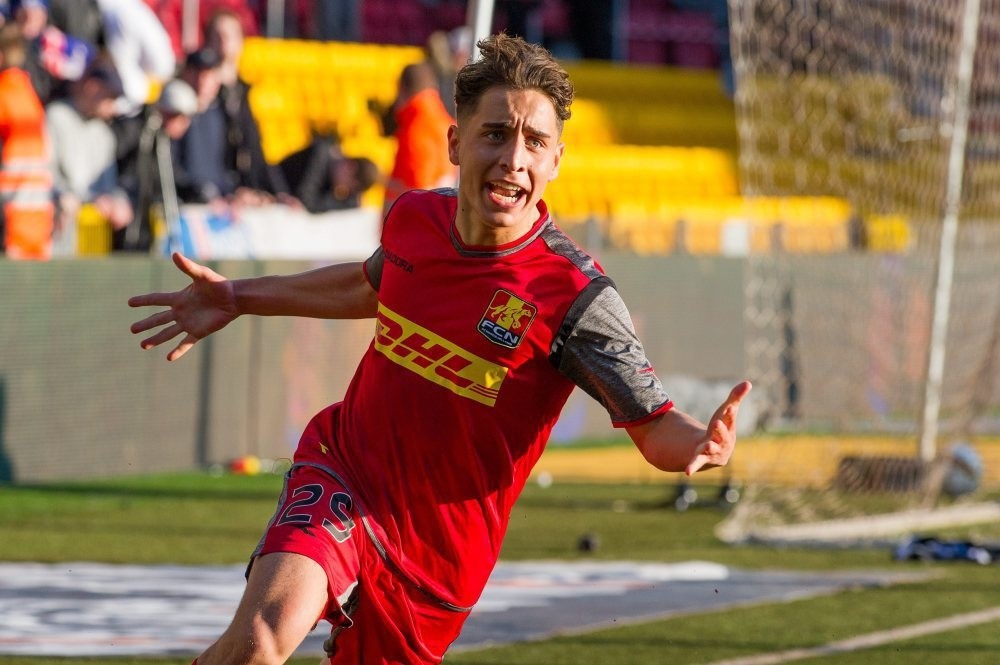 by Daily Sabah May 26, 2016 12:00 am
German tabloid Bild reported that Borussia Dortmund agreed to sign Turkish football's newest talent Emre Mor on Wednesday. The 18-year-old Mor, nicknamed "The Turkish Messi" is also Turkey coach Fatih Terim's new favorite and was called up to national team despite his young age. He has emerged as one of the most promising youngsters in Europe. And his performances for FC Nordsjaelland Under 19s have earned rave reviews among scouts from some of the continent's top clubs.

Born to Turkish parents in the Danish city of Bronshoj, Mor represented Denmark in the U-17, 18 and 19 levels but he later preferred the Turkish national team. He was surprisingly being included in Turkey's 31-man provisional Euro 2016 squad. Football commentator Sunit Kumar Thakurta of Sportskeeda said, "Terim showed enough courage to give such a young player a chance to rub shoulders with seasoned Turkish players in their preparations for the European Championships in France." Much has already been spoken about in the influential European media regarding Mor's raw talent and with scouts from Manchester City, Ajax Amsterdam, Liverpool and Borussia Dortmund keeping tab on the player's growth in the competitive surroundings of the Danish Superliga, his call-up to the senior national team squad would have increased his demand a notch higher.

With Turkey playing Montenegro on May 29 before the squad is cut to 23, Mor will be given the chance to showcase his football skills at the very highest level. Mor is known with his extremely fast and pacy down the wings. His technique is all about keeping the ball on his feet as long as possible.
Last Update: May 26, 2016 1:10 am
RELATED TOPICS