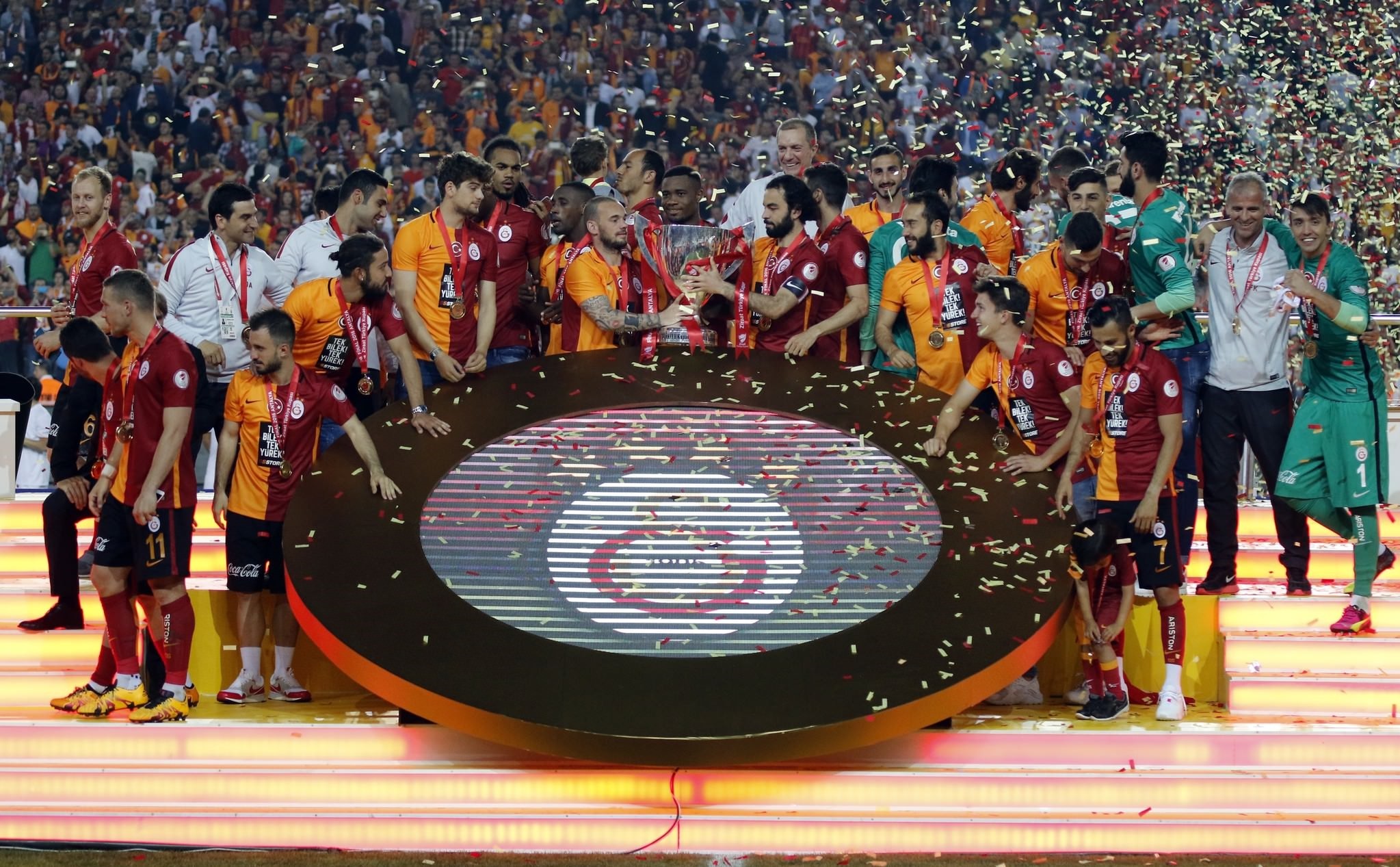 by Daily Sabah May 27, 2016 12:00 am
Galatasaray beat its Istanbul rival Fenerbahçe 1-0 on its way to Turkish Ziraat Cup final victory on Thursday, finding relief after having one of the worst seasons in the club's history.

The German footballer Lucas Podolski's solitary goal in the first half enabled Galatasaray to enjoy their first victory of the season.

Galatasaray, who finished sixth in the Super League, will serve one-year ban from European football – imposed by UEFA for not complying with Financial Fair Play rules – making the club eligible in the 2017-18 campaign.