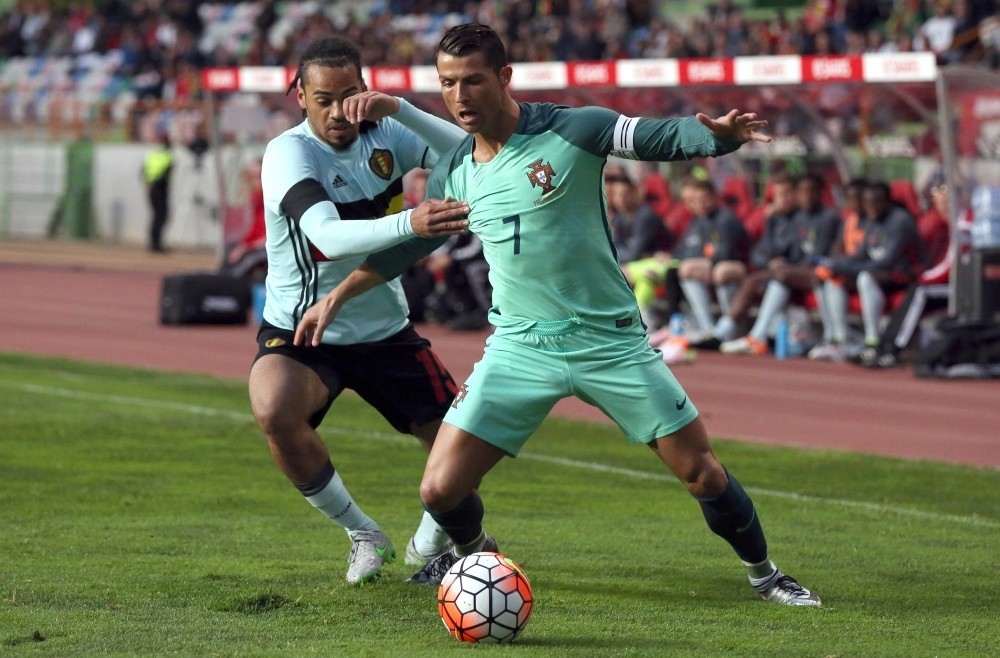 by Jun 04, 2016 12:00 am
Cristiano Ronaldo's presence makes Portugal a more significant potential target for terror attacks during Euro 2016, according to coach Fernando Santos. France is on high alert ahead of the tournament, which starts on June 10, following the DAESH terror attacks in Paris last November that left 130 people dead. "As everybody knows, Portugal is considered one of the high-risk teams due to the presence of Cristiano Ronaldo. But we are prepared for this," Santos told reporters at Wembley after his side's 1-0 friendly loss to England on Thursday.

"In reality, this will be the responsibility of the French security. Our fans will have to understand that at certain moments we won't be able to release our players as we would like."

The United States warned its citizens earlier this week that the tournament will present "potential targets for terrorists," echoing comments by French Interior Minister Bernard Cazeneuve. A three-time Ballon d'Or winner, Real Madrid superstar Ronaldo, 31, is one of the most famous names in world sport. He sat out Portugal's defeat by England, having played in Real Madrid's Champions League final triumph over Atletico Madrid in Milan last weekend, but is expected to return for their final warm-up game against Estonia in Lisbon on Wednesday. Portugal have been drawn alongside Iceland, Austria and Hungary in Group F at Euro 2016. They open their campaign against Iceland in Saint-Etienne on June 14.
RELATED TOPICS