Turkey out to rekindle Euro 2008 glory 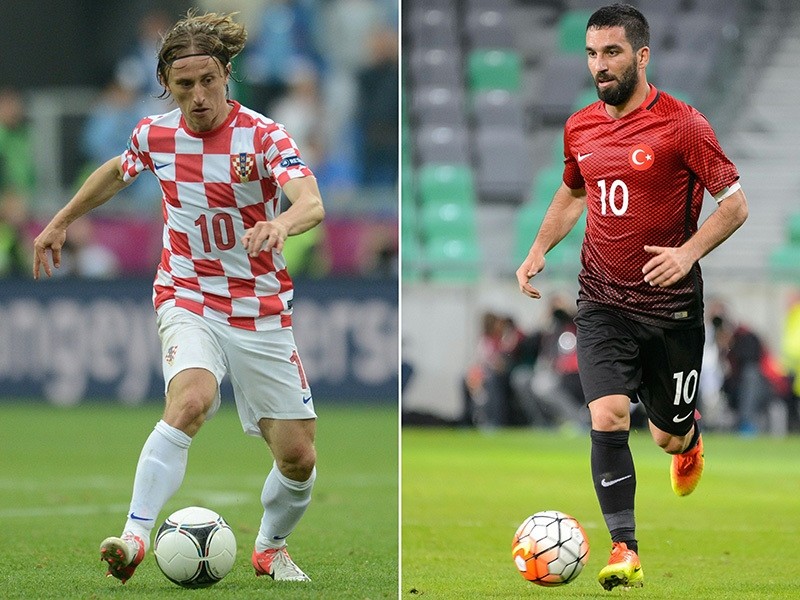 Turkey will meet Croatia on the third day of Euro 2016. Two of Turkey's Group D opponents, Czech Republic and Croatia, lost to Turkey in Euro 2008. Now Crescent-Stars want to repeat the same success

France team started the Euro 2016 finals against Romania on Friday with the country grappling with strike chaos but among the favourites to win the trophy. Turkish fans, who worried that their side have been drawn in one of Euro 2016's toughest groups, can take comfort from the events of 2008 when Turkey reached the semi-finals of the tournament. Two of their Group D opponents this time, Czech Republic and Croatia, lost to Turkey in dramatic fashion eight years ago. First Turkey rallied from 2-0 down to beat the Czechs 3-2 and reach the quarter-finals, then they produced an even more stunning fightback against Croatia. Having fallen behind in the penultimate minute of extra time, Turkey levelled with the final kick of the game and went on to win a penalty shootout in Vienna. If they are to reach the knockout stages this time - Spain are also in their group - they will need all that famed resilience, which they also showed in qualifying. Turkey will meet European title-holders Spain on Friday, June 17.

After taking only one point from their opening three games, the Turks got their campaign on track with a 3-1 home win over Kazakhstan and a 1-1 draw against the Netherlands, the team at whose expense they eventually progressed. Turkey's revival culminated with a 3-0 home rout of the Dutch followed by a 2-0 win in the Czech Republic and a 1-0 home defeat of Iceland. Turkey qualified as the best third-placed team from the nine qualifying groups, albeit with a slice of luck as results went their way in the other groups in the final round.

Turkey will bank on the vast experience of their talismanic 62-year-old coach Fatih Terim, who was also at the helm in 2008 when their adventurous football won the hearts of many neutral fans at the tournament.

Croatian defender Domagoj Vida told a press conference in the northern French commune of Deauville that they are better than Turkey, an Anadolu Agency correspondent reported. But Vida conceded that Turkey is dangerous on counter-attacks and set pieces.

"We have very good players. We have many players who can change the game's destiny. Our team is better than Turkey but we should show it on pitch as well", Vida stated.

Meanwhile another Croatian player, Ivan Perisic, remarked, "All of our players are playing for big clubs. Their morale is very good. I believe that we will play well in this tournament". Turkey's last group match will be against the Czech Republic on Tuesday, June 21.