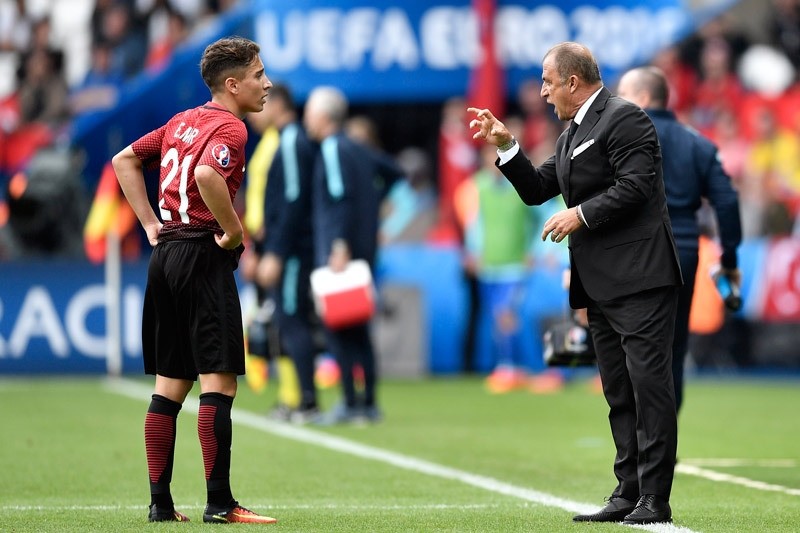 Croatia and Turkey went head-to-head for the third time in the UEFA European Championship finals, eight years after an unforgettable knockout encounter in Switzerland. In contrast to violent scenes off the field when Russia and England teams met, Turkish and Croatian fans smiled for cameras before the match. Barcelona team-mates Arda Turan and Ivan Rakitic hugged before wishing each other luck before the Group D contest. As for the game, Luka Modric's first-half goal earned Croatia a solid start to their Euro 2016 campaign as they beat bitter rivals Turkey 1-0 in their opening Group D clash on Sunday. Midfielder Modric found the back of the net in the 41st minute by volleying home from 25 metres from a hooked clearance, his goal being celebrated with flares in the Croatia stands before a smoke bomb was thrown into the area behind the goal.

Darijo Srna hit the bar with a finely curled free kick and Ivan Perisic also hit the woodwork in the second half as Croatia wasted chances to double their tally. Turkey had their best chance in the first half when Ozan Tufan's header from close range was blocked on his line by Danijel Subasic. Victory gave Croatia revenge for their elimination on penalties by Turkey in the quarter-finals at Euro 2008, although they had previously beaten them in a qualifying play-off prior to Euro 2012. Fatih Terim's Turkey now have it all to do ahead of their meeting with defending champions Spain in Nice on Friday. Croatia can already go into their game against the Czech Republic with one eye on the last 16.

Turkey's only opportunity of note in the first half saw Ozan Tufan meet Gökhan Gönül's right-wing cross with a downward header that was awkwardly fielded by Croatia goalkeeper Danijel Subasic. Turkey coach Terim made a change at half-time, sending on Volkan Şen for Oğuzhan Özyakup and moving captain Arda Turan infield to a number 10 position in a 4-2-3-1 system.

The introduction of 18-year-old Emre Mor, the Denmark-born forward dubbed 'The Turkish Messi', drew roars of approval from Turkey's fans.