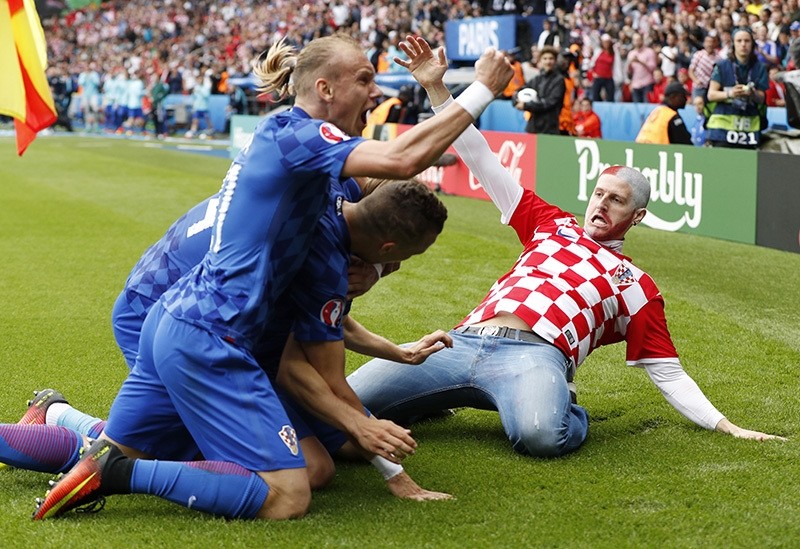 A Croatia fan celebrates on the pitch after Luka Modric scores their first goal against Turkey on June 12, 2016 at the Parc des Princes Stadium. (Reuters Photo)
by Jun 13, 2016 12:00 am

UEFA said on Monday it has opened disciplinary proceedings against the Croatian football federation after a fan ran on the pitch to celebrate a goal with players in the Euro 2016 match against Turkey.

The main, clad in a Croatia shirt, ran onto the field at the Parc des Princes to the players who were celebrating near the corner flag after Luka Modric had scored in the 41st minute of Sunday's game. He was led away by stewards.

Modric said Sunday he didn't notice immediately that the fan had joined them, adding: "It could have been have been a Turkey supporter but thank god it was one of our supporters. He was not dangerous but with a positive attitude."

Under UEFA regulations national federations are held accountable for the behaviour of their fans at games. UEFA said the case will be decided on July 21, after the completion of the tournament.

UEFA also charged Croatia and Turkey over the lighting of fireworks by fans.