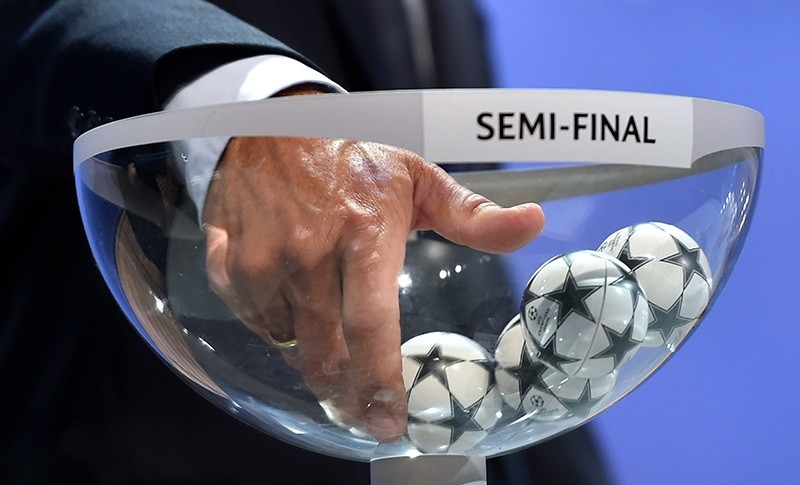 Blatter said no draw for a FIFA event had been fixed during his 18 years at the helm of world football's governing body, but said he had seen it done for European competitions.

"I never touched the balls," said Blatter, referring to the plastic balls containing the teams' names that are used in supposedly random draws for events like the World Cup or Champions League.

"Of course, you can mark them (by) heating them or cooling them," he told La Nacion.

"I witnessed draws at the European level where that happened. But never at FIFA. Of course it can be done."

Pressed for details by the interviewer, Blatter elaborated.

"You put the balls in the refrigerator beforehand. Just by comparing one and the other when you touch them you can tell the cold balls from the hot. When you touch them, you know what they are."

Blatter, 80, defended himself and FIFA against the corruption accusations that have thrown the organization into turmoil and led to the arrest of a laundry list of top football officials.

"Blatter isn't corrupt. They tried to find something on me, but they won't find any (evidence) I violated any Swiss law," said the ex-FIFA boss, who has been suspended from football for six years over a payment of two million Swiss francs ($2 million) to Michel Platini, the former head of European football governing body UEFA.

"FIFA isn't corrupt. An organization can't be corrupt. Only men are," he said.

Blatter also spoke in the wide-ranging interview about the former head of the Argentine Football Association, the late Julio Grondona, whom he called "a good, lovable person."

Pressed by his interviewer, who said Argentines "think Grondona would be in prison" if he were alive, Blatter said he had fond memories of the powerful South American football honcho, except for the fact he used to fall asleep during meetings.

"He slept a third of the time," he said.

"He closed his eyes and slept with the translation (headset) in his ears. But if something came up, he jumped. He was dozing, he was half asleep."

He also recalled Grondona's reaction when Argentine superstar Diego Maradona was randomly selected for doping tests during the 1994 World Cup -- which he failed.

"Julio made the sign of the cross and said, 'God help us,'" he said.

"Nobody wanted to give a press conference, because we were afraid it would destroy the entire World Cup. But no, for (hosts) the United States, it was no big deal."
Last Update: Jun 14, 2016 12:59 pm
RELATED TOPICS