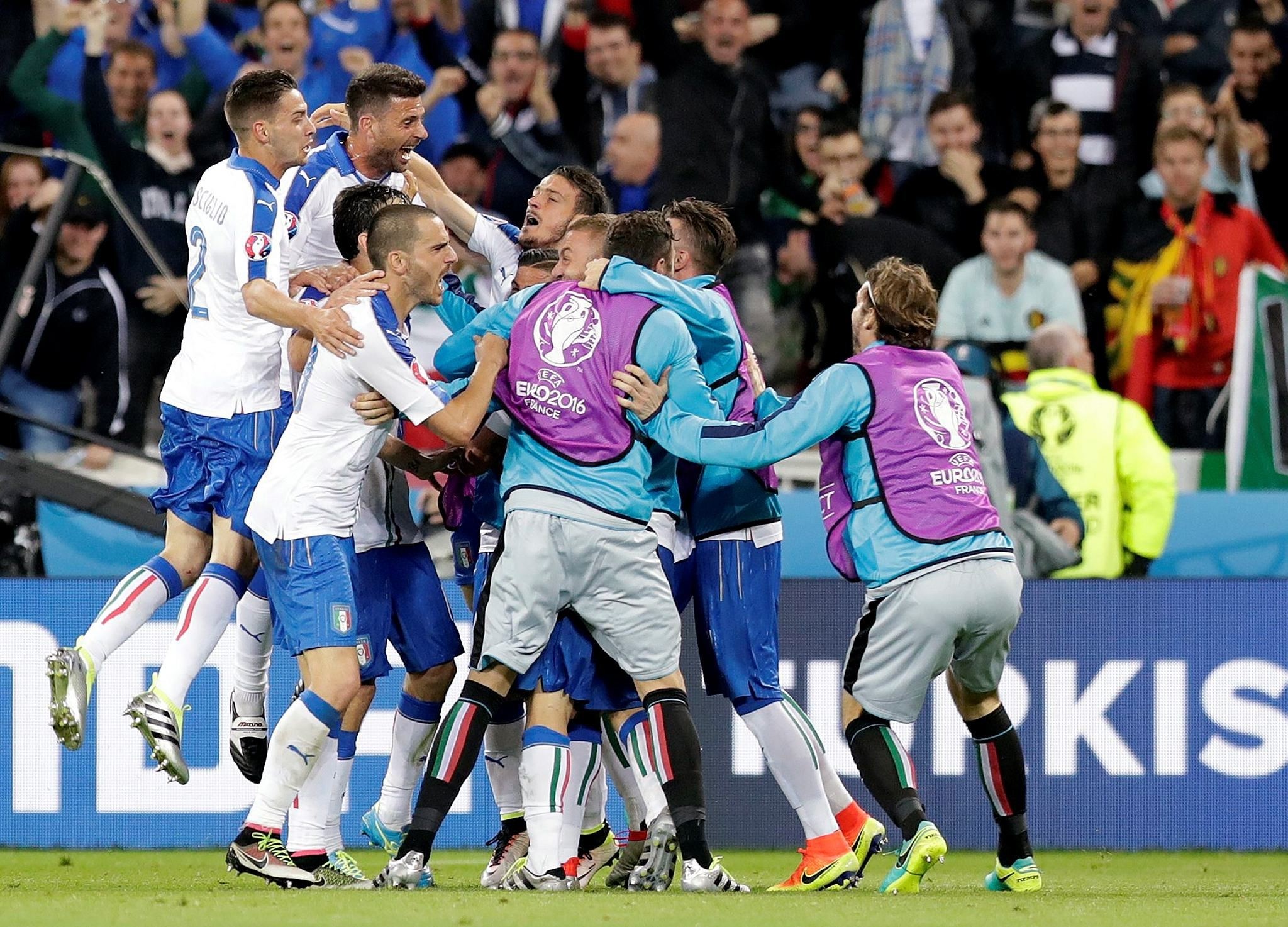 Italian players celebrate after scoring their second goal during the Euro 2016 Group E soccer match between Belgium and Italy in Lyon, France, Monday, June 13, 2016. (AP Photo)
by Daily Sabah with Wires Jun 14, 2016 12:00 am
Italy's Emanuele Giaccherini and Graziano Pelle scored delightful goals to earn the former European champions a 2-0 win over the world's second-ranked side Belgium in the first heavyweight clash of Euro 2016 on Monday.

Giaccherini latched on to an exquisite through ball from Leonardo Bonucci just after the half-hour mark, controlling the ball with his left foot and slotting home with his right to earn the four-times world champions a deserved win in Group E.

In a contest with an authentic big-match feel and quality, Antonio Conte's side spurned chances to increase the lead with Pelle heading wide and forcing a spectacular save by Thibaut Courtois before sealing the win with a volley in stoppage time.

Belgium, seeking a first competitive victory over Italy in 34 years, belatedly came to grips with the contest as Romelu Lukaku and his replacement Divock Origi came close but the Italians go top after Sweden's 1-1 draw with Ireland in Paris.
Last Update: Jun 14, 2016 1:18 am
RELATED TOPICS