Griezmann, Payet give France 2-0 victory against Albania at last minutes of Euro 2016 match 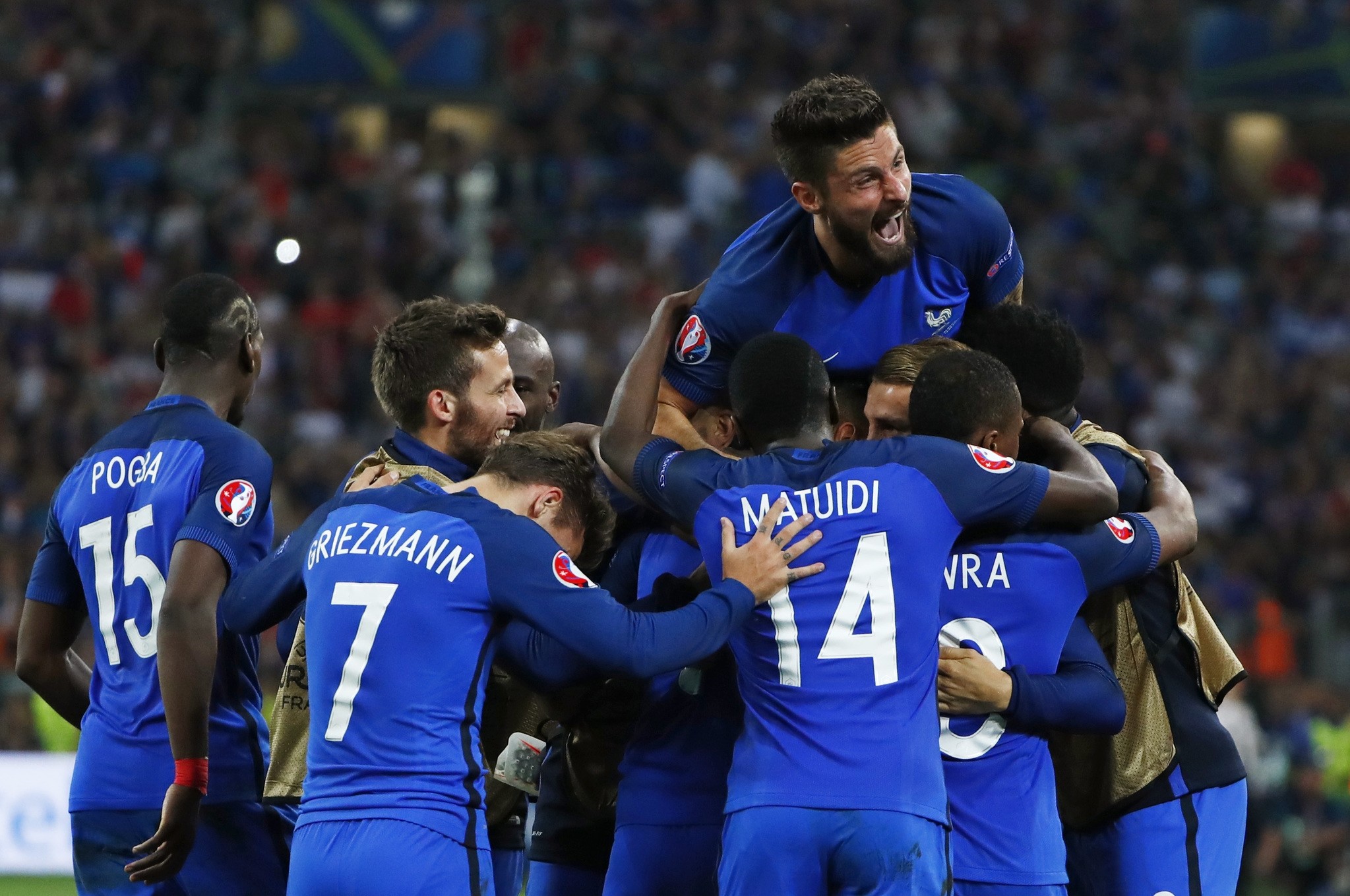 France defeated Albania 2-0 with two goals at the end of the match late Wednesday in Stade Velodrome in Marseille.

Antoine Griezmann scored for France in the 90th minute of the Euro 2016 group stage match while Dimitri Payet brought the score to 2-0 in stoppage time.

The teams were tied at 0-0 at halftime.

France created more chances with Dimitri Payet in a playmaker's role at the heart of the best attacks.

Anthony Martial had the best chance of the half when Payet's clever through ball set him free in the 21st minute, but the young winger took one touch too many and Albania's defense managed to close him down before he could shoot.

Albania came close to taking a surprise lead in the 39th minute when Ermir Lenjani took a shot from a corner that was blocked by Patrice Evra.

Although France was favored to beat Albania, the Albanian fans easily won the singing contest.

One side of the stadium has been turned into a red wall of noise, with Albanian fans in hearty voice.

By contrast, French fans were far quieter, and the only roar was when the players came out onto the field.