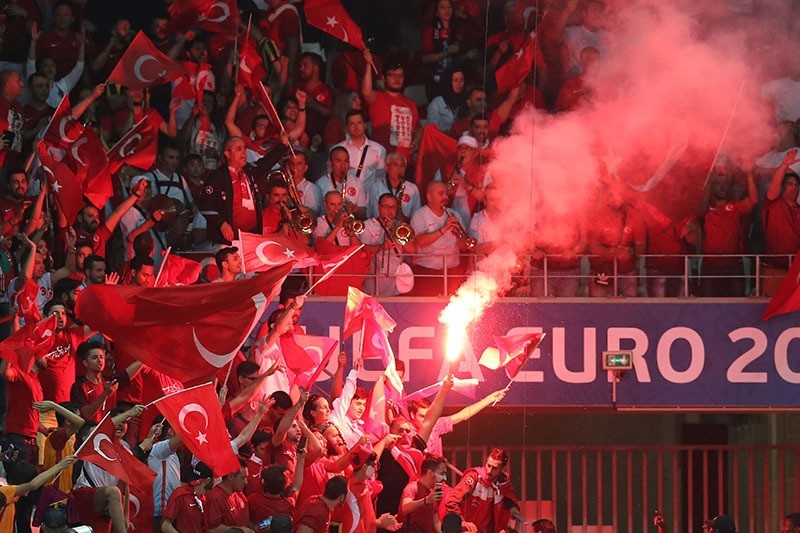 Croatian fans hurled flares on to the pitch in Saint Etienne in the 86th minute of the 2-2 draw with Czech Republic on Friday, while Turkish fans let off flares after their 3-0 defeat by Spain in Nice.