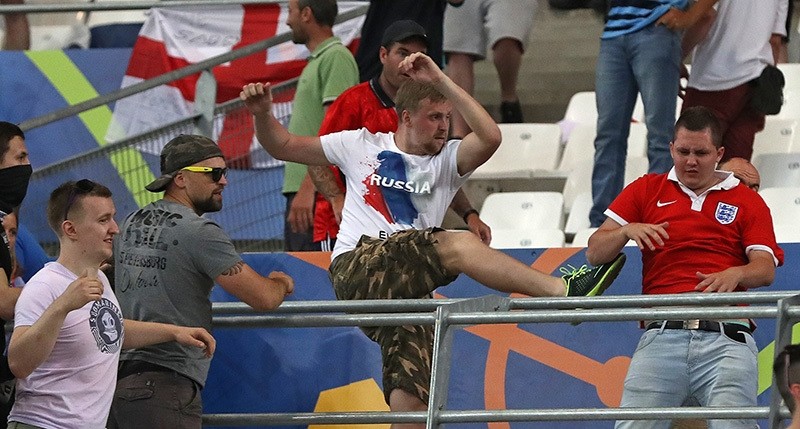 Russian supporters attack an England fan at the end of the Euro 2016 Group B soccer match between England and Russia, at the Velodrome stadium in Marseille, France. (AP Photo)
by Compiled from Wire Services Jun 18, 2016 12:00 am

France on Saturday expelled a Russian far-right leader of a football supporters group, Alexander Shprygin, and 19 other fans after the troubles with England fans at Euro 2016.

Shprygin and the others were on a plane that left the southern French city of Nice for Moscow on Saturday. French investigators believe the group, officially ordered out for disrupting public order, includes well-prepared hooligans.

Thirty-five people were injured in fighting between Russian and English fans around the England-Russia match in Marseille last Saturday.