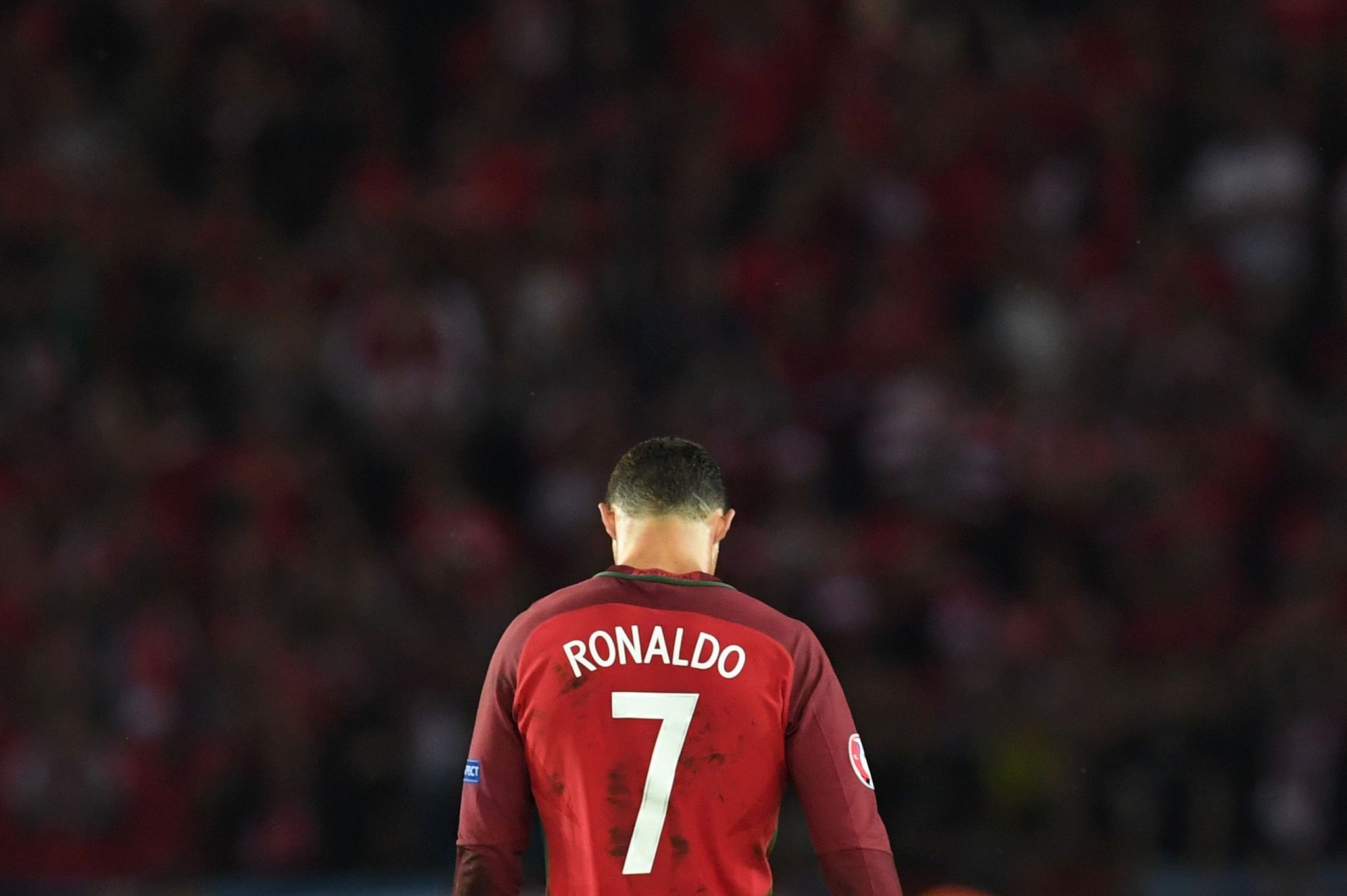 Portugal's forward Cristiano Ronaldo reacts after missing an opportunity on goal during the Euro 2016 group F football match between Portugal and Austria at the Parc des Princes in Paris on June 18, 2016. (AFP Photo)
by Jun 19, 2016 12:00 am

Cristiano Ronaldo missed a second-half penalty as Portugal stumbled to a second straight draw at Euro 2016 on Saturday after a frustrating 0-0 stalemate against Group F rivals Austria in Paris.

Ronaldo set a new Portuguese record with his 128th international cap, surpassing the mark previously shared with Luis Figo, but the occasion will be better remembered for the Real Madrid superstar hitting the post with a 79th-minute penalty.

Hungary, who salvaged a point in a 1-1 draw with Iceland, are the surprise group leaders with a game to play, while Austria must win their final match to avoid exiting prematurely.

Coach Fernando Santos sought to reinvigorate his team after a disappointing 1-1 draw with Iceland, drafting in Ricardo Quaresma to form an attacking trident with Ronaldo and Nani.

William Carvalho was handed a start in central midfield, while Austria coach Marcel Koller made three changes, two enforced, with Sebastian Prodl, Stefan Ilsanker and Marcel Sabitzer all coming into the side beaten 2-0 by Hungary on Tuesday.

Austria showed early signs of promise, much like in their opener against Hungary, carving out a chance when a leaping Martin Harnik nodded Sabitzer's whipped cross just wide.

But Portugal settled quickly, with Nani denied his second goal of the tournament by the outstretched leg of Austria goalkeeper Robert Almer after breaking in behind centre-back Prodl.

Almer tipped a long-range strike from Vieirinha behind, while Ronaldo spurned a glorious opportunity to write his name into the history books on 22 minutes as he steered wide from Raphael Guerreiro's cut-back inside the area.

Portugal remained the dominant side and nearly reaped their reward just before the half-hour, only for Nani's header from Andre Gomes' left-wing cross to crash back off the post with Joao Moutinho drilling the rebound over.

Ronaldo then helped on a Quaresma header straight at Almer and Vieirinha needed to make an important clearance to keep David Alaba's driven free-kick from finding Harnik at the far post.

Portugal goalkeeper Rui Patricio parried away a stinging drive from Ilsanker within seconds of the restart, but Portugal soon reasserted their authority with Ronaldo leading the charge.

His thunderous left-footed strike from the edge of the area was turned behind by Almer, and the ensuing corner produced a similar result with the Austria keeper beating away Ronaldo's downward header.

Koller hauled off Alaba on 65 minutes, replacing the Bayern Munich star with Schalke midfielder Alessandro Schopf, but it failed to stem the flow of Portuguese attacks.

And with 11 minutes to go it appeared Portugal would get the goal their display merited when they were awarded a penalty after Martin Hinteregger wrestled Ronaldo to the ground.

But the three-time World Player of the Year was left shaking his head in disbelief as he smacked the ball against the base of the post to ensure his wait for a goal at a fourth European Championship finals goes on.